The 3 Sorts of Lady-Killer (and Which One You Are)

In my article “Tactics Tuesdays: Calling Her When Texts Don’t Pan Out”, commenter AnonDude asked the following: 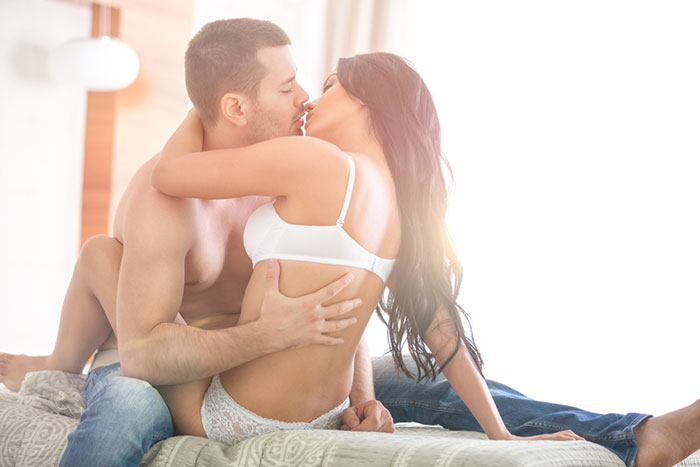 I thought this’d make for a fun article, so decided to write this one next.

Now, this might not necessarily be as practical an article, since, as you’ll see, you are what you are and you like what you like and you don’t have much, if any, conscious control over that.

Nevertheless, this may still be useful for you: we’ll be looking at what you want, why you do what you do, and what things you ought to be focused on (and what things not).

Let’s talk about what the 3 sorts of lady-killer are... and figure out which one you are.

How sharp is women's perception of other women's behavior?

Posted by Anonymous on Tuesday, 27 October 2015

My question is how sharp is a girl's perception of other flirty girls? Can she tell that the other girl is simply being a flirt and wanted attention, or that the girl is genuine interested in the guy she's flirting with?

The reason I asked is because I've seen a few examples of this as of late, where girls seem to think there's something going on when a girl flirts with a guy. An example is from my social circle, when during a gathering this girl was flirting and being touchy with another guy, who to be honest is quite wimpy and already has a girlfriend. To me it seemed like she just wanted attention, or even better, she wanted to make me jealous (I'd like to think that, since I kind of ignored her that day, and I know she's kind of attracted to me as well, my fault I know, but I was pretty chilled with her flirting with other guys). However, another girl who's slightly drunk apparently thought there was something going on, and asked her to stop touching since he already has a girlfriend. Maybe she's jealous, or was simply drunk, I don't know.

So here's the convoluted part for me: if a girl can get jealous when she sees another girl flirting with a guy (preselection), then wouldn't this elevate the status of the guy who, perhaps unknown to the observer, is simply seen by the girl flirting with him as just a friend and even someone she's superior to?

What do you think? Do girls have really good perceptive sense that allows them to distinguish in other girls between genuine attraction or simply being a flirt? Or are they equally fallible when it comes to perceiving what other women's behavior?

Re: How sharp is women's perception of other women's behavior?

Yep, it's a funny phenomenon, but I'll tell you from what I've seen, it's the same thing: women get more excited/intrigued watching a girl behave very flirty with you than they do watching one act shy around you.

I've had pickups where the preselection I had prior to meeting the girl I pulled was essentially "fake"; the girl I talked to liked me as a person, and was fun and flirty, but there wasn't much or any sexual or romantic interest. And then she'd bounce off or I'd peel off of her, and the next woman I'd run into was ready to jump my bones.

Another factor playing into it is probably information loss in noisy or crowded venues or even if she's just far away - all she can really see is some girl is acting animatedly toward you, she can't get a good enough feel for what the intent behind it is. So she just assumes you're hot stuff.

Mechanic's style and kind of women

I've noticed there are articles about almost every aspect on the interaction of hedonistic and romantic style but no mechanic.
Also, once you know what kind of seducer you are, what kind of women will respond positively to your type?

Re: Mechanic's style and kind of women

Well, the difficulty is mechanics don't make it to the upper echelons of seduction in as large numbers as romantics and hedonists do, so there's fewer of them to recruit as writers. Off hand I know maybe one or two really talented mechanics, but I'd be pretty hard pressed to get them to write here (in fact, I don't think I could - they're too busy or wouldn't want to do it).

As for what kind of women respond well, well, like attracts like, and if you're a mechanic guy, mechanic girls will typically be your ideal mates. They may be tough to find though, so I might see if you have a touch of something else (part romantic? Part hedonist?) and if so, look for a girl with a similar combination.

That said, I'm more romantic and a touch mechanic, and I've had great relationships with hedonist/mechanics, full-on romantics, mechanic/romantics... they all have their perks, though you gotta know what you're getting into (don't expect fascinating conversations with full-on romantic gals, and don't expect moving Hollywood romances with mechanic ones).

Hey chase, which style of lady killer would you say you describes you? Based on your articles I would say you are a mechanic - no offence intended btw!

Posted by Lawliet on Thursday, 12 November 2015

He is a mechanic! But a romantic as well.
Because he has a love for women (Girls cute and silly), but he also follows process (mechanic).

About your back pocket article

Posted by Lawliet on Monday, 9 November 2015

Had second thoughts about the idea of warm and sexy.
I just realized how much your solution for dealing with back-pocket girls also applies to "How to get a girl back" - Warm and sexy

Phoning her (sexy bedroom voice and pauses deals sexy part) but what do we say that brings back a girl warm feelings they had with us before (whether it's back pocket girl or a lost girl)?

How much does content affect warmness?
Which comes to what do we say?

Do we remind the back pocket or lost girl memories they had with us? Saying that we missed those times with them and then ask them out. Or would you do it differently?
How would you do it, Chase?

I believe you're looking for this article:

Secrets to Getting Girls: Nicknames and Callback

I wouldn't do too much of it though unless she's really a sucker for romantic and nostalgic stuff. Otherwise, just enough to bring back memories, without getting too sappy.

Posted by Anonymous on Monday, 9 November 2015

nice one chase... keep em coming
I tried your if calls don't pan out advice and she doesn't pick up after a long ring.
texted an invite, no reply. waited a few days for first call, but no one picks up.
what should I do now????
love some advice for developing good text game to make her comfortable and phone game too!!!
thanks buddy!

Girl Not Responding to Phone Calls or Texts

If you've alternated plenty and she's still being evasive, use the "ball in her court" text:

On text game, see these articles:

On phone calls, see these articles:

And don't forget this one if you start getting crazy to hear back from this one girl ;)

(maybe this one too)

Well, Chase,
I've always thought that you are one solid f*kin writer, if there is one on the web, especially on this matter. But this article really,really blowed my mind.
I'm one foot Romantic, the other Mechanic. I've been full blown Romantic in my 20ies, fully Hedonistic 30-35 and now the Mechanic has emerged.
My preffered style is romantic and I love to romance early and keep it going. What kind of girl would you go for, procreation intended? And how? Are there respective kinds of girls for each kind of man?

I guess I am "the puzzled"

I guess I am "the puzzled" and will stay that way for the rest of my life...

Don't Talk About Pickup to Other People
You have &nbspleft this month.
Already a subscriber?Signin here
Not a subscriber?Get Unlimited Access Today!