How Preselection Works to Get You Girls

In early 2007, back when I was still trying to figure out how to achieve consistent results picking up women in bars and nightclubs, I took some time to look back over the successful pickups I'd had over the past 6 or 7 months to see what common patterns I could pick out among them.

I noticed a few trends: I'd often had a sociable night early on, talking to different people, before meeting a girl. Sometimes I had social proof.

And almost ALL the time... I had preselection.

It blew my mind when I realized it.

Right after I'd end an interaction with an attractive girl who clearly had a good time talking to me, I'd meet the girl I'd end up picking up. Like clockwork. I even started to think that, had the roles been reversed - say, had I met the girls in the reverse order, maybe I would've picked up the other one instead.

Could it be that all you REALLY needed to get girls was preselection and an emphasis on moving fast? 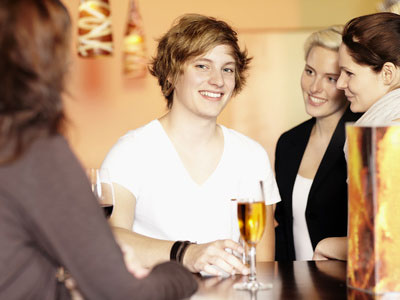 Even to-date, most of my fastest pickups have come after a smattering of preselection to grease the wheels of the coming seduction.

And if you're not using it in YOUR interactions with women... you are sorely missing out, my friend.

Allow me to explain.