How to Demand Respect, Pt 2: The 3 Myths of Pride | Girls Chase
Skip to main content

How to Demand Respect, Pt 2: The 3 Myths of Pride 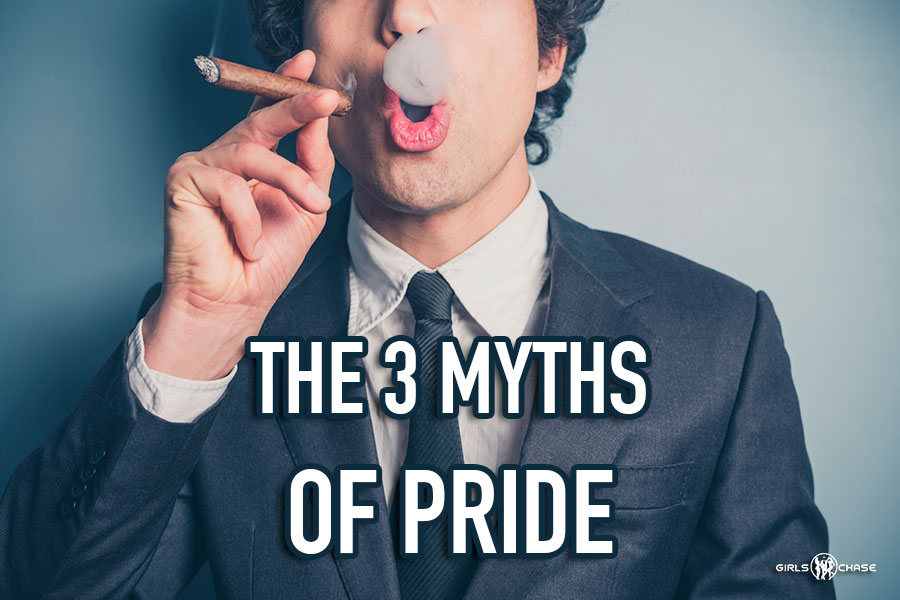 There’s a myth in various spheres that pride is wrong. Yet a man who cannot project and protect his pride is a man others cannot respect.

If one can convince another to adopt their moral framework, their worldview wins. It dominates. It’s quite gratifying to convert someone to a cause. The dominator now knows how the dominated will act – he can predict their moves and manipulate them. It also reinforces his own worldview. If enough people believe something, others are far more likely to buy into it.

Moral policing is about power and nothing else.

The most pervasive of moral policing, besides outright calling someone evil – the ultimate nuke of moral superiority – is to call someone prideful.

The implied argument behind the shaming is that pride is bad.

Sure, self-respect is good, they say, but don’t be prideful. That’s wrong.

But as I covered in part 1 of this series, the self is everything; thus, respecting yourself, or pride, is your foremost drive in this life. No matter what you try to do or try to believe, it will always be tied to the self.

And if the self is everything, there is no distinction between pride and self-respect. You cannot have enough of something that is potentially infinite.

That’s like saying you can have too much money or pussy. The only people saying that are those with little, or those who have a lot but don’t want you to have it, too. Because if it was bad, why do they still have all that money and pussy?

Those looking to control you would have you believe there is such a thing as too much self-respect.

This is a Machiavellian tactic used by the weak or the powerful but scared.

The strong do not criticize others for being arrogant, unless their primary social tactic is subterfuge. This is mainly used by intermediate-level sociopaths. Convince others they’re prideful, that they should lower their guards – then strike. Genius, actually. It’s so clever in fact that it’s convinced entire nations to stop being prideful in their culture and heritage, to feel guilt for their greatness. They were convinced of the Myth of Pride, that pride is bad.

I will now tackle the three biggest myths that are derived from the false claim that pride is bad. These three have many permutations, so by covering these, I cover almost all misconceptions about pride. The Trinity of Falsity.