How to Demand Respect from Others, Pt 1: The Self Is Everything | Girls Chase
Skip to main content

How to Demand Respect from Others, Pt 1: The Self Is Everything 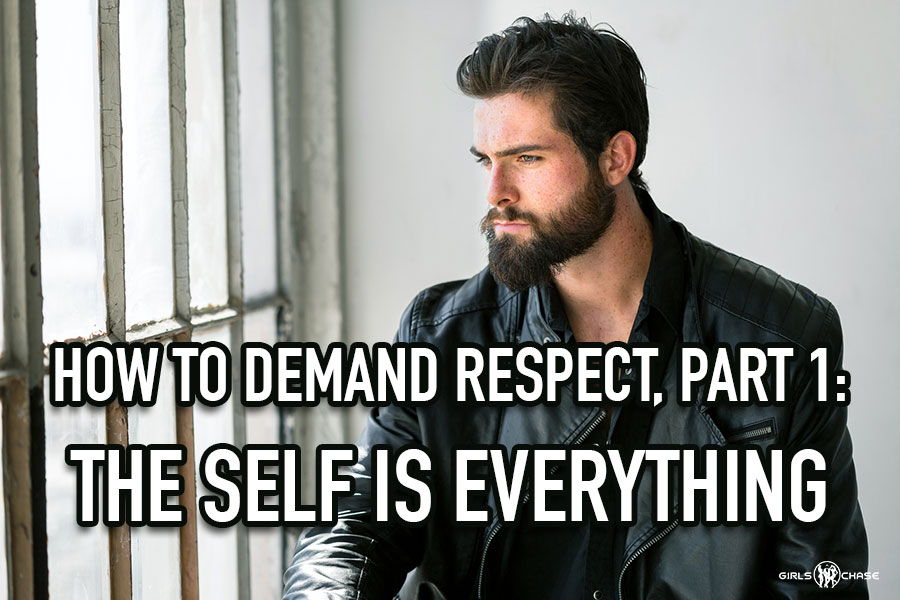 If you want respect, you must be able to demand respect. The first part of this, however, is to realize you will never destroy your ego – so you might as well work with it.

There is an undercurrent of pseudo-philosophical thinking in the manosphere and the seduction community that needs to be revealed for what it is.

I have also been guilty of allowing this false thinking. This is as much a self-correction as it is a monumental criticism that strikes at the heart of many a grandmaster’s conclusion.

4. The Self is Everything

5. What’s So Bad About Humility?

I call it the Egolessness Fallacy.

It is the fallacious thinking that having no ego is the best way to succeed with women.

The thinking goes as such: “Without an ego, where is thy sting, rejection?” There is no one there to be rejected.

This is *very* close to truth, but that which is closest to truth but not truth is the most devious lie.

I reckon this is how the falsity was woven.

If you go far enough in any skill, you will learn how to learn. You will learn how you learn, which means you’ll come to know how emotions affect you, stick with you, and how your thinking works.

The journey of seduction is perhaps one of the most direct paths to learning oneself, save for meditation, since you are the subject who is both acting and being evaluated. In any sport, you are the one carrying the ball or kicking the ball, yes, but the end goal is something impersonal. The other team or your team gets scored on. You are somewhat detached from the loss or victory (though it doesn’t always feel that way, of course).

With game, however, the woman has to accept you for there to be victory.

Furthermore, victory is mutual. You get pussy and she gets cock. You both win.

This means you are not so focused on the other person losing as you are with a traditional sport; you’re instead focused on two paradoxical outcomes.

You need her to want to submit to you.

However, the paradox is revealed when you consider that a woman does not submit to her equal or subordinate. It doesn’t make sense. She wants to submit, but she doesn’t win by submitting to a man who can’t make her submit.

One could be equitable and argue you need to be more dominant than her, but in practicality, this is going to look and feel like you are greater than her. Philosophize all you want, you must be her superior if you want to have sex fast.

Don’t see the paradox yet? Alright, here it is.