5 Secrets from The Alabaster Girl 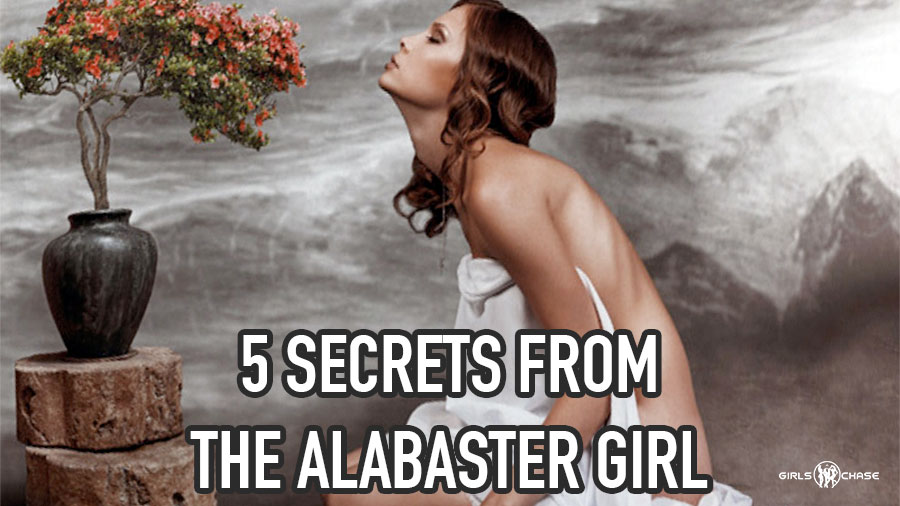 Zan Perrion’s book The Alabaster Girl contains masterful philosophy on women. Here are 5 of its most stand-out points.

There is a beast in this world who walks around in the form of a man.

He doesn’t advertise himself too much, but he has been a constant yet subtle presence ever since the seduction community came out of the basement. This subtlety and grace speaks even more to his level of mastery.

4. Seduction is a Gift

He has been dedicated not to fame, glory, or riches (all of which he deserves), but to his passion: to be the greatest lover of women the world has ever seen.

His name... is Zan Perrion.

And if you navigate the treasure room that is his book, The Alabaster Girl, you will quickly discover that he is in contention for the title he seeks.

When you first encounter the flow of Zan’s prose in The Alabaster Girl, you may think you’ve stumbled upon an 18th century poet’s lost writings.

This is a mistake, and one he addresses in his videos about the book (and if you have trouble understanding his sometimes-cryptic language, especially if you’re still inexperienced, these videos will help clarify his thoughts):

Zan is anything but a hopeless romantic. If you’re experienced with women, you will see how the dark truths of male and female sexuality tinge the edges of each page and fill his flowery prose with rustic realism. He will say something so nonchalantly that if you simply gloss over it, you’ll miss how darkly beautiful it is, and how true.

Or, if you’re familiar with his old mASF forum postings, you will know personally how much of a scoundrel he is (a charge he accepts in the opening pages of his book). Eighty-nine lays in one year, cuckolding Johnny Depp in a nightclub, dating and living with two girls who are best friends... he is no saint, and that’s why he knows women and truly loves them. He embraces both the darkness and the light of the world, both of the masculine and the feminine.

Once you get to the chapter on his early childhood, you will understand. You will know his grit, his darkness, and therefore the true breadth of his light, because of that darkness.

And you will know his deep, abiding love for women. Reading of his longing for women was like reading my own confessions of unconditional love toward women.

I could write an entire book on what I learned from his book, but we’re going limit this post to the first five secrets that resonated with me upon my now third reading.