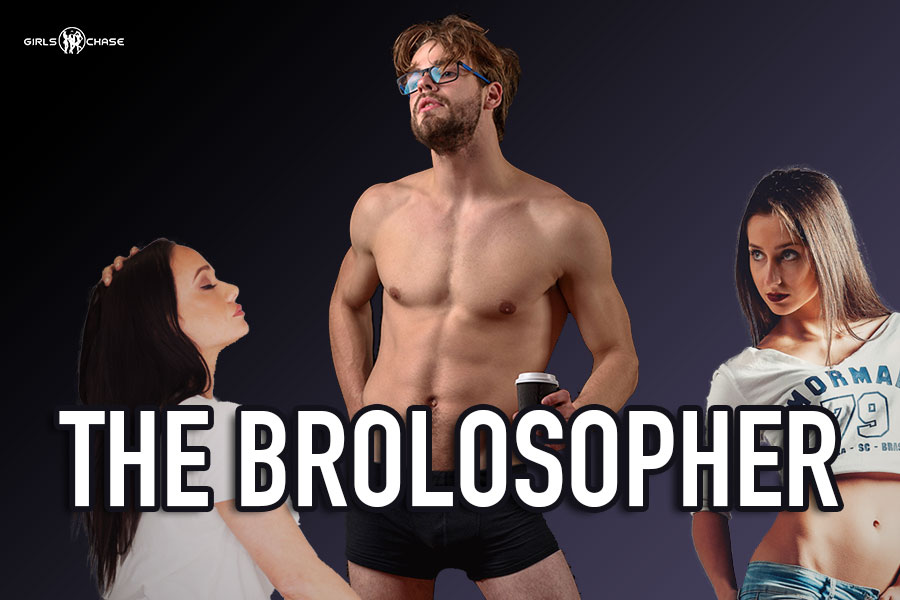 The brolosopher: smart guy, easygoing diction and delivery. Sharp, savvy, but cool and social. If you want to use that big brain well, it’s time for some brolosophy.

A few years back, I was in a car with my friend. One moment, I was talking about something really deep and profound. I don’t remember what it was, but I do know that the next moment, I made some crass comment about women in some really uneducated language.

My friend, who was driving, laughed hysterically. The juxtaposition of my two stories was pretty strange.

Turning to me, he said in a loving voice, “Hector, you’re the dumbest smart person I’ve ever met in my entire life.”

I didn’t know it at the time, but there was something in what he said. It was the secret to being smart but also socially dominant, physically dominant, and relatable.

And that’s the crux of what this series is about. If you haven’t already, you can (and should) read the previous articles here:

If you don’t want to go full dumbass with women and socializing (which might hurt boyfriend potential), here’s how you hybridize intelligence and base behavior.