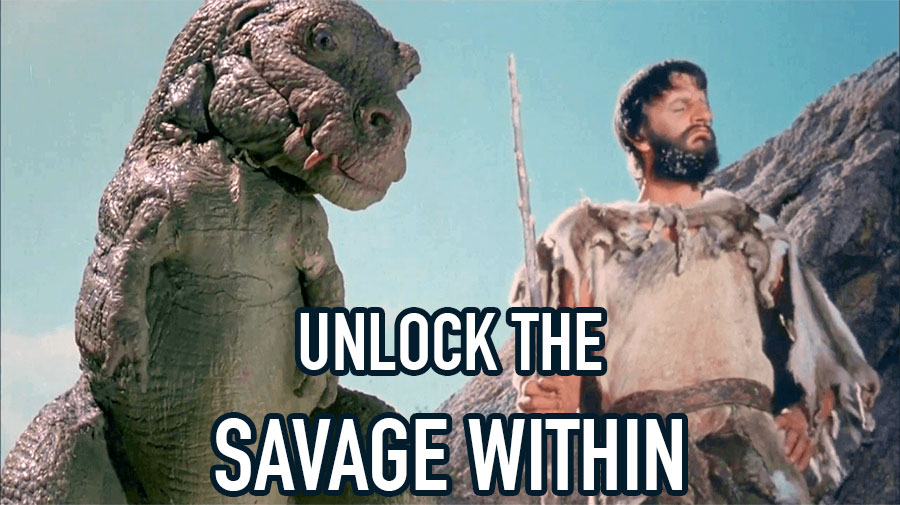 Despite the trappings of civilization, we’re all animalistic savages at heart. In Part 1 of this series, we’ll explore just how central to humans is sex.

We live in a brave new world.

Our hunter-gatherer days came to an end with the advent of agriculture, which allowed us to settle permanently in one location and call it home. This escape from the daily struggles of travel and hunting allowed us to build and to think.

Humanity gained the time to erect tall structures and new philosophies. These ideas seeped their way into every citizen's mind, and our animalistic natures began to shift into something different.

Eventually, this cohesion of custom and habit we call culture brought us to the next great leap – the Industrial Revolution. With new forms of power in our hands, modern technology was born.

1. The Best Kind of Drug

3. A Primal World Where Pussy Rules

Technology quickly evolved into what it is today, granting us the power to unleash our animal instincts with the touch of a button by sending some random girl across the sea a picture of our dick.

We may live in civilization, but we are still animals.

Our entire lives still revolve around the most basic of desires – to fuck, to eat, to kill, and to survive.

Despite our evolution, we still rely on leaders. We need someone to tell us what to do and how to think. And we choose the most powerful leaders (or at least the one who makes us feel more powerful). This was Donald Trump’s trump card in the U.S. election. With slogans like “Make America Great Again” and his focus on buzzwords like “winning,” he energized his base to feel like winners. Hillary Clinton, while very popular and persuasive in her own right, relied on victim mentalities and moral superiority. These make people feel safe, but not powerful. Whether it's through fear, respect, or love, we tend to choose the more powerful force to guide us.

We only value what is useful. If you are not creating, leading, or destroying on behalf of a culture, you are relegated to the bottom and given only the meager scraps of the resources. At the heart of all this is the “givers vs. takers” dichotomy. Those who provide value are, not so ironically, given the most in return. Powerful people are given passes for crimes and moral indignities that lower-value people are not. Whoever is useful to the herd survives. Whoever is not is left behind.

We pretend to act on logic or virtue, but this is an illusion. We act because of emotions. You cannot “logically act.” It’s an oxymoron. Logic isn’t a fuel for action, it’s the glue that binds thoughts together. You can want to do something then logically decide it’s not the optimal move – if you have good self-discipline – but even that “better, logical” decision is still based on emotion. You are sacrificing one desire that is recognized as short term or too dangerous for a long-term desire that will ultimately provide more pleasure. Nevertheless, the action is still motivated by emotion and feeling. Even the grandest philosophies and most noble virtues are inspired by emotion. We are forever animals looking for the greatest pleasure and the greatest resources of pleasure.

This is what civilization is – a big game in which we argue, fight, kill, and steal to achieve the greatest pleasures available.

There can be virtuous notions behind our killing and stealing, but it’s impossible to separate our desires from these acts.

And at the heart of this grand game we play?