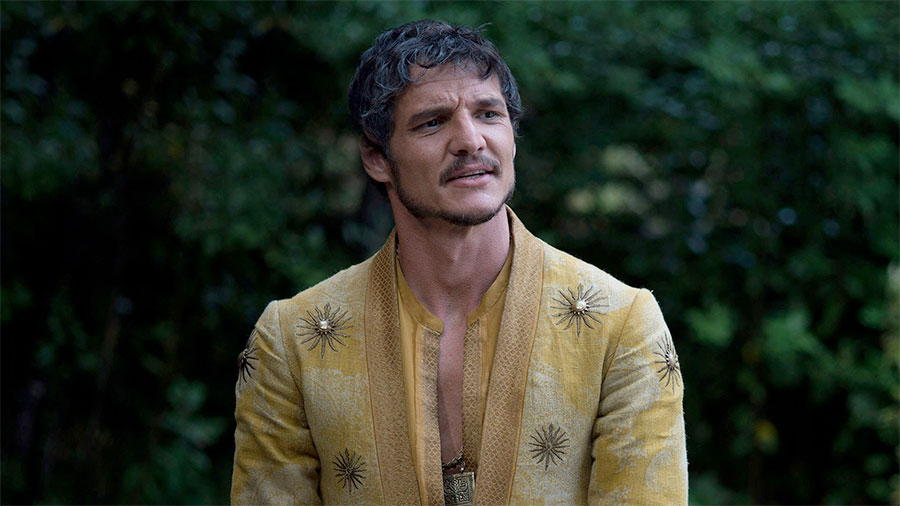 Pedro Pascal’s portrayal of Oberyn Martell is unabashedly sexy. What makes his character so compelling? Fundamentals, panache, and finesse.

There are times in life when we cross paths with men – real men – men whose very presence sparks a reaction within us: “Wow, here is a man. I want to be just like him.”

This particular awe-inspiring male personality may differ from person to person, but each of us have had that experience. Whether it’s a father figure, a brother figure, a mentor, or a perfect stranger, we hope to spend enough time around that person to absorb their traits and learn what they know about masculinity, life, and women.

However, in a world where masculinity is becoming more demonized and ridiculed, these men aren’t so easy to come by, and they aren’t always in a position to teach us in a meaningful way. These days, it’s common to be without access to powerful male role models. Sometimes all we have to rely on are books and film. We watch a movie, a TV show, or read a book... and into the scene strolls a man – he may be fictional, but goddamn is he mesmerizing. So we pay attention.

We often connect more with someone on a screen or page than we do with anyone else in real life. Personally, there are a host of fictional characters who have played a more substantial role in my growth as a man than most real men I’ve met. They were ideals of the writer or creator transformed into beings worthy of emulation. And this is nothing new. Ever since the first story was told, men have emulated the traits of their heroes, real or fictional.

The inception of this series actually began with Giacomo Casanova. While reading his memoirs, I thought “This guy’s story needs to be told in a modern form.” I planned on rewriting his adventures, then deeply analyzing his lays (which number over a hundred and include royalty) so that GC readers wouldn’t have to work their way through the beautiful yet difficult translations of his 17th century Italian.

When I dropped that project, however, a very similar idea came to me – why not analyze the many men of television, cinema, literature, and history, who are outstanding examples of power and sensuality?

Thus was born “Seduction Spotlight.” The name should speak for itself.

I will show you in detail how these characters seduce women, dominate their foes, and exemplify other masculine pursuits, such as achieving one’s dreams. Through this analysis you should then be able to truly understand how they do what they do, and, in turn, do it yourself (adhering to the laws of your land and time, of course).

With this inaugural article, then, I will shine that spotlight on my personal favorite, Oberyn Martell of the TV show Game of Thrones, inspired by the Song of Fire and Ice book series written by George R.R. Martin. Oberyn Martell is played by the actor Pedro Pascal.

Since Oberyn’s character only aired for a little under forty minutes in the fourth season of Game of Thrones, I cover nearly all his scenes in order to highlight his fundamentals, game, and mindsets. I’ll cite the episodes if you want to follow along on your HBO Go, but I’ll also provide YouTube links for each scene (some YouTube vids are censored).

Here are a pair of videos that cover every scene he’s in if you want a compilation: