The Myth of Bros Before Hoes 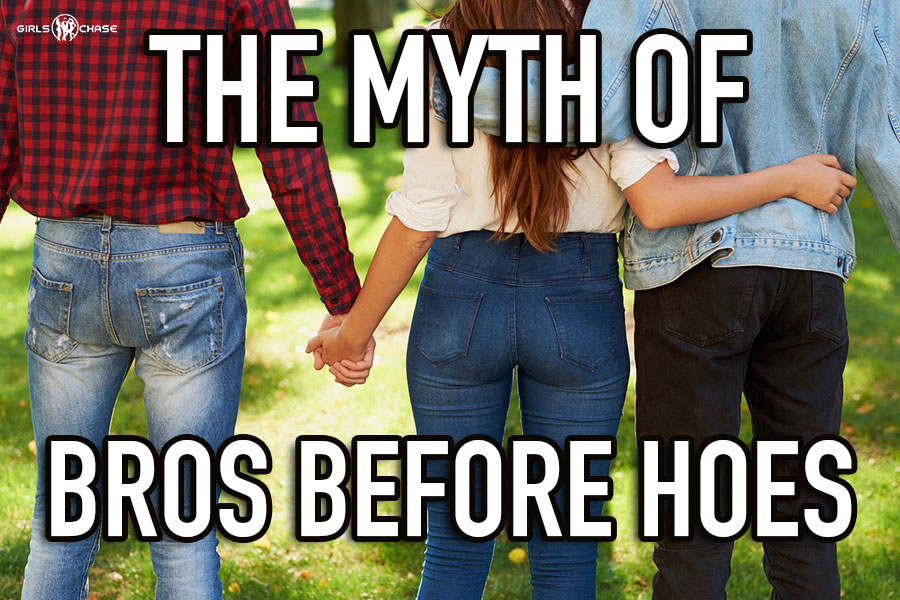 If some guy tells you “bros before hoes”, you should probably put your guard up. It isn’t always a conscious thing when men violate this rule, though.

3. Why Men Propagate This Myth

Whenever I hear a guy say “bros before hoes,” my first thought is “Sure, unless there’s a really hot ho in the room.”

As with most morality, you can rest assured that if someone is espousing it or is enforcing it on others, it is in the service of self-interest. This doesn’t necessarily negate the positive outcome of enforcing the specific ethic, but one should be skeptical of anyone virtue signaling, because despite the possible positive outcomes of the ethic, you might still become a casualty when the espouser doesn’t follow it.

This is the nature of trust, is it not? You expect one to act a certain way, especially since they’ve professed to be a keeper of such virtue, because you will bring them into situations where, if they don’t follow it, they could hurt you.

Unfortunately, almost without exception, every person who earnestly supports an ethic will at some point contradict it.

Thus it is highly advised that you be careful who you give the chance to put one over on you.

Now, I’m not saying that nobody is your friend or that any guy would cross you if it lands him a hot girl; but I am saying that, most of the time, he will, excluding the following conditions.

In other words, he might be able to tool you or be rude to you for a girl, but he probably won’t if his odds with the gal are low, or if you provide for him, socially or monetarily. That girl’s pussy might feel good, but is it worth losing a connection? This is how sociopaths think twenty-four hours a day.

This may seem like a cynical view, but my experience says otherwise. You can see the dark truths of the world and still be optimistic. You can love life but not walk down Southside Chicago at 2am. It’s unnecessary.

Same with thinking that guys are going to value your friendship over the prospect of pussy. It’s unnecessary and ignores the primal truth of the world – we’re in this for the pussy (and the gals are in it for the cock).

This should be your first assumption with most of your friends, if not all of them.