Meet New Girls by Doing THIS

I had worked very hard to set up my life in a way where I’d have a lot of free time, and all for the explicit purpose of going out to meet new girls… yet there I was, dicking around on the internet, watching movies and chilling with my buddies.

Have you ever had that problem… when you’re busy, you say to yourself: “If only I had the free time to approach more girls!” 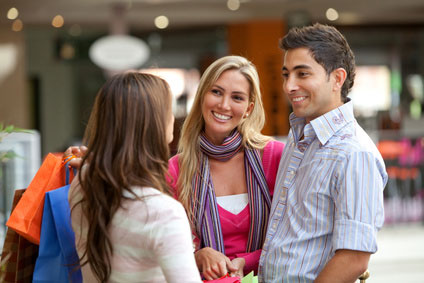 But then once you have free time, you somehow get lazy and complacent… until your calendar is suddenly jammed again and you regret not having taken advantage of the golden opportunity you had?

We’re often our own worst enemies, and the reality is that everyone procrastinates… I’m no exception, sometimes. Even Napoleon Hill said he was not entirely free from it… but at the very least, one thing is true: the more you refine your ability to pick up girls, the less you will procrastinate out of fear, and the more it will be out of laziness.

You know for a fact you can go out and get laid with a hot girl in a matter of few days and highly likely, today (and if you don't know that yet, well, that's what this site is for!)… but you first have to beat inertia. You first have to resist calling one of your girlfriends over, and instead make yourself look sharp and hit the town!

Of course once you get going, it’s so much fun that you don’t want to stop… but until you get to that point, you can lose a LOT of time that you will later regret not having made better use of.