8 Signs Your Friend Is a Psychopath 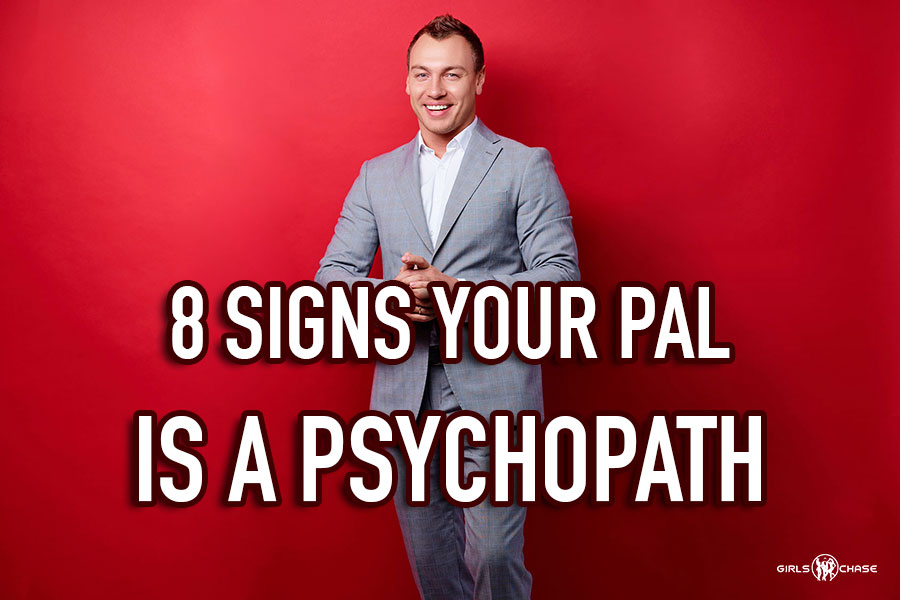 Psychopaths have tremendous social acumen, but can be very harmful to those closest to them. Here are the 8 signs your friend is one.

They are everywhere. They work with you. They’re in your social circle. They might even be a family member.

Hell, you may even be one.

Okay, they’re not everywhere. There’s no way to know for sure, but current estimates are that 1% of the population are psychopaths.

12. How to Deal with a Psychopath

And psychopaths are people, except they lack sympathy. Sympathy, not empathy. That’s the big distinction I think needs clarification. If they lacked empathy, they would have a very hard time fitting in with people and manipulating them, since they’d have no idea how those people felt. In fact, it’s more accurate to say that people on the autism spectrum lack empathy. A common factor in autistic people is they regularly have no clue how others feel in a conversation, and they cannot read the most basic of social cues (which are communicated via facial expressions, body language, voice tonality, etc.).

By lacking sympathy, however, psychopaths lack the ability to actually be concerned about you. They lack the emotional response necessary to think “I feel scared for him if he makes this bad decision, so I’ll save him from it” or “He’ll be hurt if I do this to him, so I won’t do it to him.” To conceptually understand something is not even in the same universe as emotionally understanding something. The latter is infinitely more clear.

They may be able to conceptually understand that you might not like it if they bone your girlfriend, but they won’t feel the potential of regret when they consider the possibility of you finding out and being heartbroken.

You can see how this might be potentially dangerous to date a psychopath or have one as a friend. They do not have Nature’s control mechanism of sympathy that serves to prevent mass tragedies in the human species.

Their only concern is what they can get from you, how much it will cost them, and... that’s it, really.

They aren’t fundamentally evil or malicious, but they do have the capacity to be more cruel and malicious than the average person. Given the right conditions, they will strike without a second thought.

It’s imperative, then, that you learn how to spot a psychopath so you can make more informed decisions on what role you want them to play in your life.