Will People Recognize You are Out to Pick Up Girls? | Girls Chase
Skip to main content

Will People Recognize You are Out to Pick Up Girls? 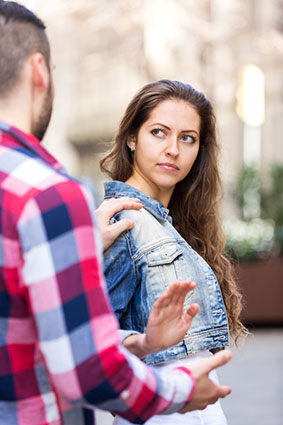 In the article on bids for connection, a commenter asked about the following fear about random people recognizing him as, essentially, 'that pickup artist guy', and creating trouble for him:

“What's really missing is in your articles to cover - most men have rooted lifestyles, so whether they know it consciously or not they meet mostly the same people every day. We are aware that coworkers don't change daily, but other people - people who goes to the same shops, uses the same public services are pretty much the same people, and if you live in a 500,000-1,500,000 people city you think consciously that you always meet different people, but in most cases the people you see around are the same people you've seen two weeks or two days before and just don't care to remember them. I've experimented with it and seen that there are people I meet pretty much everyday or at least once in a week, because of daily schedule which is highly repetitive. I notice the effects of what they call this: https://en.wikipedia.org/wiki/Birthday_problem which in a nutshell means that running into the same items (people, numbers whatever) is more likely than it may seem. If you have 10000 people using public services at the same time, and then you see ~20 all the time around you, it doesn't mean that you run into the same person only 0.5% of the time, it's much higher percent actually and it grows with every day you expose yourself to the world until you expose yourself to the same and same people again and again without consciously knowing it.”

He goes on to discuss the fear of being called out by a "nagging old lady or angry psycho of some kind" who may say something mean, and notes that a "large clump of guys [may] never start the game because of emotionally feeling the high percentage of such shaming happening [i]s a big danger to their identities of "good guys" they work so hard to preserve."

It's a perfectly natural concern and, in fact, one I wondered about myself early on. It's one worth paying some attention to, in all honesty, and I'll tell you why and how to do that in this post as well.

However, the biggest lesson you'll see with this kind of thing is the same one this same commenter notes at the start of this same comment: "You've got hundreds of articles less or more discussing pretty much the same topic of "Just move your ass and do the thing, accept early failures and later get awesome results!""

At the risk of sounding like a broken record, I might as well save you 10 minutes if you don't feel like reading: the advice here is going to be exactly this: just move your ass and do the thing... and this fear magically vanishes. -Poof!-

Surprised? No? Well, let's look at why, at least.