Why Won't Women Just Say What They Want? 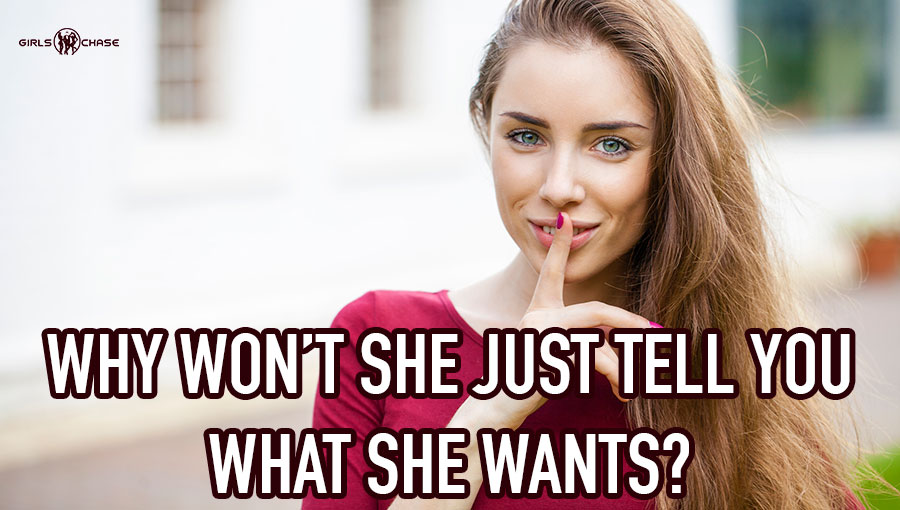 Women use ambiguity for three (3) reasons: to expose a man’s true colors, to retain room to maneuver, and to preserve their social reputations.

Maybe an hour ago, I finished reviewing a lesson from The Dating Artisan, part of my upcoming master class on succeeding with women. For each of these videos, I have to review once to make sure there’s nothing that snuck in we should edit out (our DoP’s toes sneaking into the frame have been a constant annoyance), as well as to add text and citations I want added. Then I have to review the final video a second time to make sure everything checks out. Each of these videos is around 50 minutes long on average, and there are about 50 of them... so you can imagine why it’s taking me so long (that, and that we still need to build the site / file delivery system / etc. for this thing).

Anyway, at multiple points in this lesson, our actress on the shoot claims she would not like if a guy did something to her I described (in the case I’ll tell you about, it was slapping a naughty girl on the butt). Meanwhile, even as she claims this, she laughs and becomes excited and flirtatious. At one point I highlight this and say, “She’s saying ‘no’, but at some point with a guy she likes, it’s going to be ‘yes’.” If you’re at all good at reading women’s signals, it’s pretty obvious when viewing the clip how the idea affects her. Not only does she get excited in the moment, but her flirting and laughter dial up dramatically after this incident for the rest of the lesson.

5. Turn About is Fair Play

If you’re an old pro, you see a situation like this and grin and go, “Yeah... girls!” You love it. It’s fun. It’s a big part of what makes the whole thing exciting.

But if you’re not so good with girls yet, this is likely to be a point of major frustration for you. “Why the living bleeding hell won’t women just say what they want?”

Because sometimes they do.

But other times they don’t.

How the heck is a guy who’s not good with women yet supposed to decipher all this?