Tactics Tuesdays: "That's Not for Me" | Girls Chase
Skip to main content

Tactics Tuesdays: "That's Not for Me" 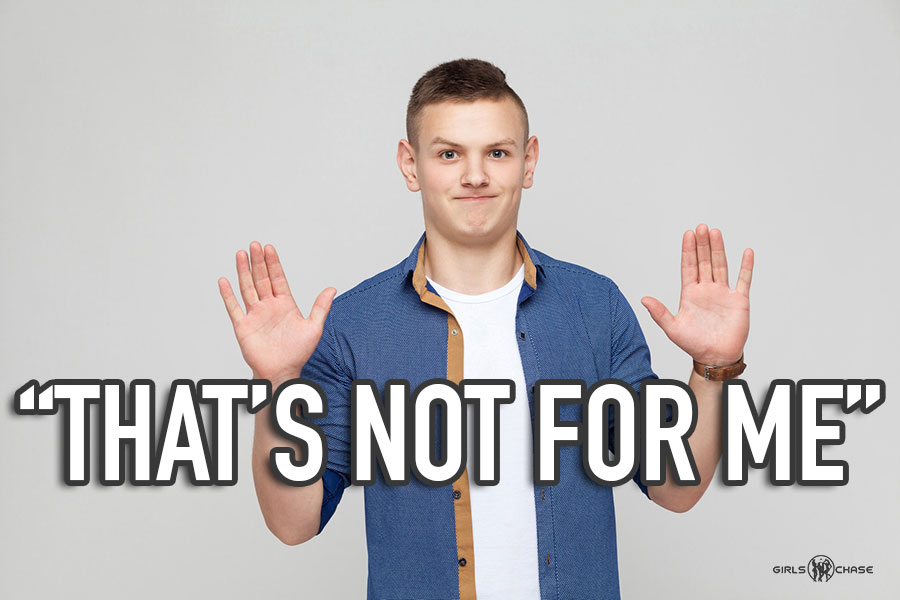 If a person tries to be pushy or a girl hits you with a question there’s no right answer for, the easiest way around it is to choose not to engage it.

Simple little tactic here. This will help you avoid innumerable stupid fights about ideological nonsense that is not worth your time.

Rather than differ with people over their opinions or beliefs or thoughts when they try to push them on you, just tell them “That’s not for me.”

It sets up a far healthier dynamic than stating what you DO want/think/believe. When you talk about what you want/think/believe, and it’s different from what someone else wants/thinks/believes, it’s easy for him to slip into being challenging or combative. Your mind has been, in his opinion, colonized by an alien ideology in need of rooting out.

For instance, if someone tells you “You really ought to get yourself a steady girlfriend!” and you don’t want a relationship, and tell him “I don’t believe in picking just one girl”, get ready for some combativeness. Even if your conversation partner doesn’t start swinging at your position, there’s a very good chance he views you as weird or sleazy or however he views men who don’t want to settle into a monogamous relationship.

There’s an easy way to avoid this disconnect though. Instead of telling him what you DO want/stand for, just tell him his suggestion isn’t for you.