The Right Way to Use Defiance to Make Progress with Girls 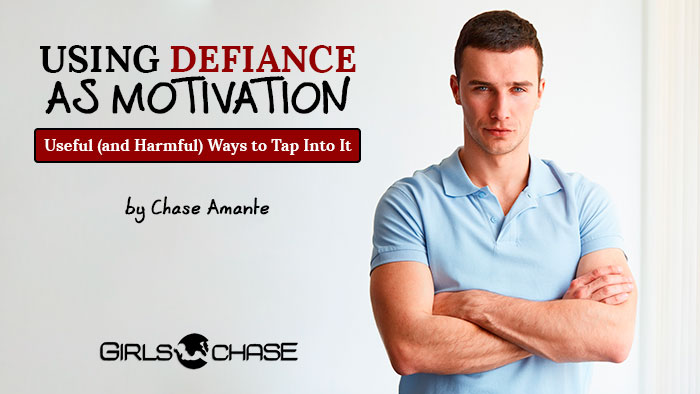 If you’re reading a site like Girls Chase, there’s a fairly good chance you’re a rather defiant, rebellious, countercultural individual to some extent:

Yet, somehow, you’ve ended up here, studying the nuances of various tactics, fundamentals, and abilities, and coming at doing better with women in a systematic, skill-based way, where you mix experimentation and good old fashioned elbow grease to achieve the results you desire with women (whatever those results may be).

It’s pretty obvious you’re a defiant personality type... or at the very least, you’ve stumbled in here and are feeling defiance toward many of those other people and sources of information telling you to do things this way or that.

That brings me to today’s cautionary tale: be careful whom you’re defying.

Because defiance, improperly aimed, can be as big a handicap as it can a helper.

More Glamorous Behaviors to Mesmerize the Girls You Meet
You have &nbspleft this month.
Already a subscriber?Signin here
Not a subscriber?Get Unlimited Access Today!