I used to think the old phrasing was a fairly straightforward affair. Moths, and flames... one remains in place, bright and beckoning, while the other flutters toward it with abandon, desperate to bask in the light of its warmth and radiance.

“Be the flame, not the moth,” advised Casanova... and it would seem to be simple enough advice. 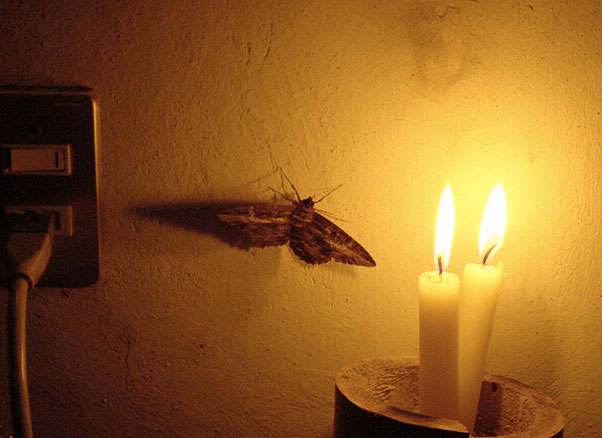 Yet, one of the things that you learn you must be as you drive ever deeper into seduction is nuanced, not straightforward.

A woman does not fancy a man who is too easily understood. Nor is being that man quite nearly as interesting.

And I realized, while thinking some things over one night working in a room, watching a number of large brown moths fluttering frantically and futilely at my window screen to enter the room and reach the light, and a number of smaller insects that had dropped, burned and singed onto my bed cover, after having attained the object that called to them so alluringly from the ceiling above, that this turn of the phrase was one that, like the men and women it describes, has a bit more nuance to it than it seems at first.