How to Use Donald Trump-Style Persuasion 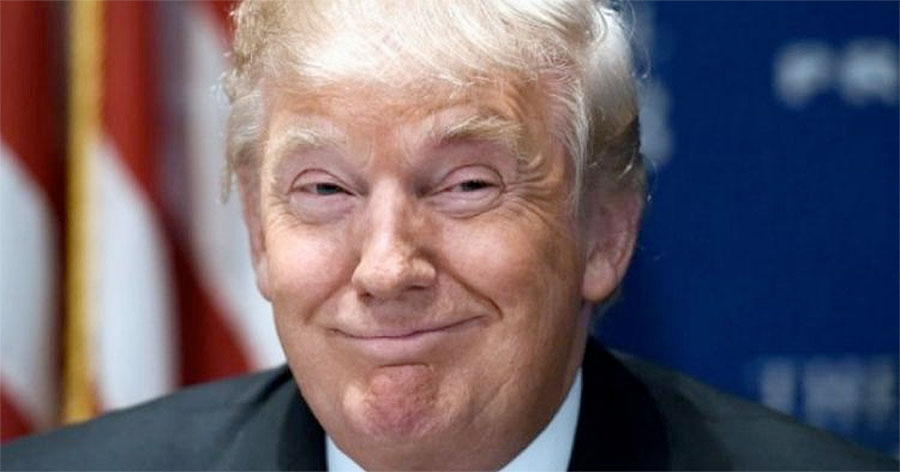 “it’s been a year now since donald trump has been succesfully running his campaign.

Love him or hate him, the guy is a master persuader, really alpha, entertaining and never boring. He’s also extremely concise and repetitive in the way he speaks.

The funny thing though is I’ve noticed that he does a lot of things that you advocate not too do. ( explicit qualifying is the bread and butter of his persuasive effectiveness and constant repetition is another one. Plus, he’s got this essential quality of being brutal and effective when being under attack – an approach that is probably going to revolutionize politics world forever. )

Love him or not, what’s obvious is that he CAN persuade

Can u deconstruct his main strenghts and maybe reccomend some sources to how one can master verbal attack and , mainly, DEFENSE, like he does? I guess you could call that frame control. ”

In this article, I’m going to break down some of Donald Trump’s most oft-used persuasion techniques. I’ll point out what they are to you, show you how to use them, and give you plenty of examples.

If you’re reading this and you’re already bristling for political bias, I should note that I won’t be voting in this election (because I’m outside the U.S. with a Nevada citizenship, a Pennsylvania address, and a California driver license; I have no way to receive a mail-in ballot). I do not agree with all of any of the candidates’ policies, although I am a white male small business owner high in what psychologists call Traditional Masculinity Ideology, so that will necessarily bias me toward candidates offering some solutions over others. This article will be about tactics and strategies, not politics, but we’re all men and all men are inherently biased, so take that as you may. If any of my own bias leaks through, my apologies in advance; I am a (flawed) human, like you.

Disclaimers aside, let’s peel back the skin on Donald Trump-style persuasion... and see what we’ve got underneath.