7 Girl-Getting Paradigms (Which One is Yours?) | Girls Chase
Skip to main content

7 Girl-Getting Paradigms (Which One is Yours?) 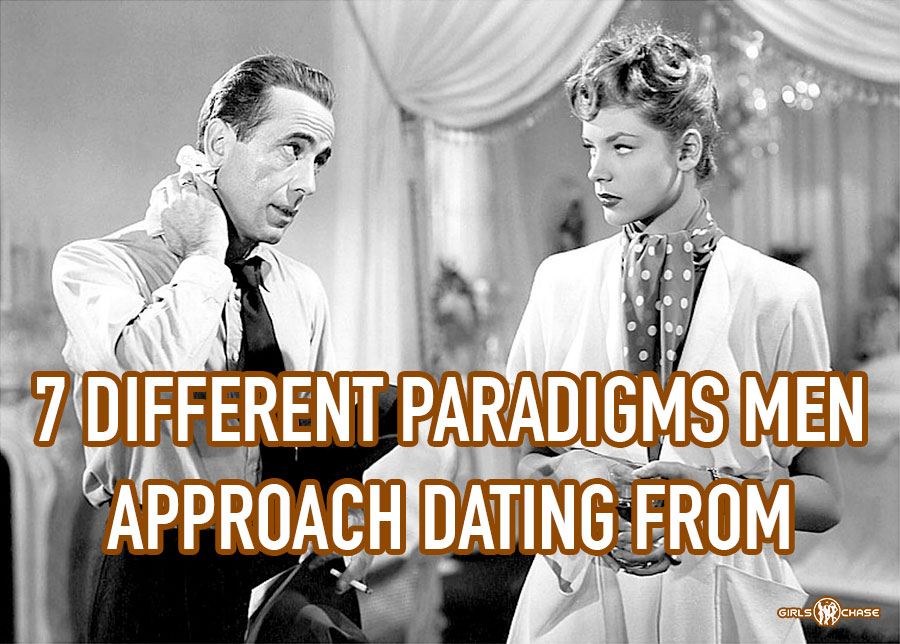 Different men approach meeting girls from wildly different paradigms. What does your paradigm say about you – and how’s it impact your success?

The other day, commenting below Alek’s fourth installment on his series about meeting girls in gay bars, a reader named BMontana remarked:

“[A]s a man, I not only want to get laid but I also want a woman to chose me over other straight guys, it’s an ego thing I guess. Now I wouldn’t mind picking up a girl in a gay bar if I was 100% sure I would succeed but still knowing that I am one of the few non gay guys won’t give me the satisfaction that I would have gotten when picking up a woman in a regular bar.”

It’s an interesting girl-getting paradigm: I’m most satisfied with a pickup if the girl chooses me over other men.

1. What Makes a Good Paradigm?

4. I Must Vanquish Her

5. I Must Vanquish Other Men

6. She Must Vanquish Me

At first I mistook BMontana’s paradigm for: I’m most satisfied with a pickup if I vanquish other men. But I realized that is yet another paradigm. BMontana wants to feel picked by the girl over other offers, rather than to defeat other men in a battle of skills, wit, or will.

What I’d like to do today is to explore the different potential paradigms a man may have when it comes to securing new women. Some of these paradigms are more helpful than others; however, I will not present them in order of effectiveness.

Instead, we’ll talk a bit about what makes a paradigm more or less effective, and then we’ll discuss the seven (7) paradigms a man may use. Note that your paradigm will tend to be your default; when you operate from a paradigm, it is how you normally interact with the opposite sex.

The paradigm you inhabit colors your dating world: how you think about women, you interpret the signs and signals they give you, and how successful (or not) you are, in various situations, with various women.