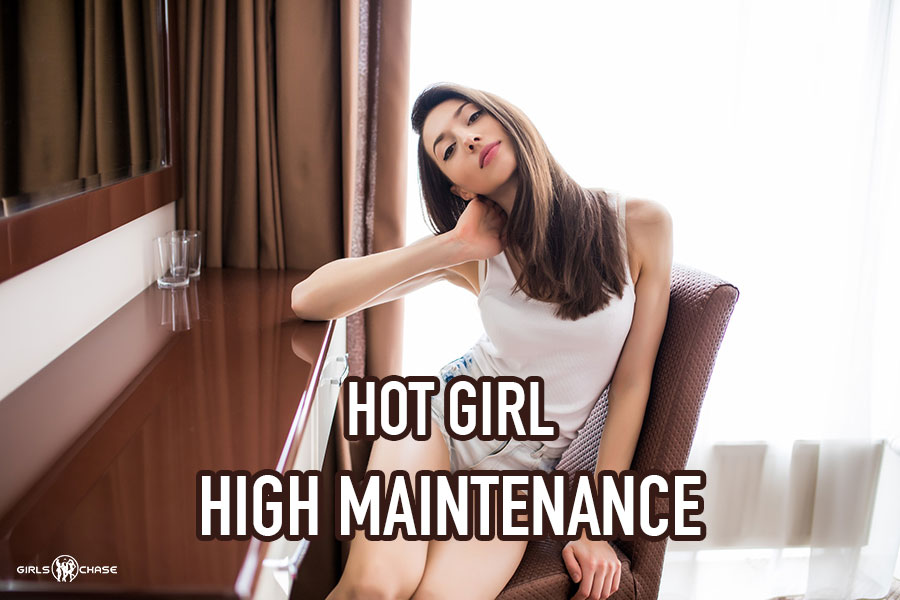 Hot girls are (usually) higher maintenance. The reason? Higher dating market value means she can demand more – and will.

I had a beautiful, intelligent, ambitious girlfriend in the room with me when I finally got through to the state’s Department of Revenue to ask about a somewhat large tax bill I’d gotten. It was a weird tax situation, where I thought I’d paid all the taxes I owed, and yet I received this letter saying I had back taxes and need to pay now or they were going to come and get me.

So I called the department, got a very nice, jovial guy on the phone, he looked through my record, and was as stumped as I was. He admitted several times my case was outside his usual depth and he suggested I get legal counsel to look at this issue. He was as unsure about whether I actually was legally obligated to pay this tax or not.

Anyway, I got off the phone and my girlfriend, who’d been lying on the bed, said, “Well?” And I said well, the guy at the tax department doesn’t know either. So I can get some legal counsel and see what they have to say. Or I can just pay it and be done with it. Or I could...

And then she flipped out. “You don’t owe that tax. And you would just pay it? I just lost a lot of respect for you,” she told me. And then she stormed out of the room.

I didn’t have a chance to say well wait a second, I think there’s a pretty good chance I actually DO owe this tax. I didn’t get to mention that I just got new information and was in the process of processing my options, and since she asked me immediately she heard Chase thinking out loud.

She simply immediately sprung to, “He shouldn’t have to pay this. I think he is just going to roll over and pay it anyway. Therefore, he is weak. Thus, I am disgusted with him. Why am I with a weak man?”

(for the record, the odds I would actually pay something, no matter how large or small, without making sure I absolutely owed it first are near-zero. But I will not rule out an option until I’ve examined all my options)

I eventually explained the situation, and this girlfriend chilled back out. But not before she’d locked herself in a room to make it impossible for me to resolve the situation with her, leaving me to stew with the negative emotions she’d just dumped on me. Thanks, babe.

You might be thinking Man, that girlfriend sounds like a bitch! Well, every girlfriend I take has a low tolerance for perceived weakness. Yet it’s not just me either... every man I know with a genuinely hot girlfriend deals with stuff like this too. It is not a fluke; it’s a pattern: hotter girls are higher maintenance.