When Women "Don't Count" Guys They've Slept with Before 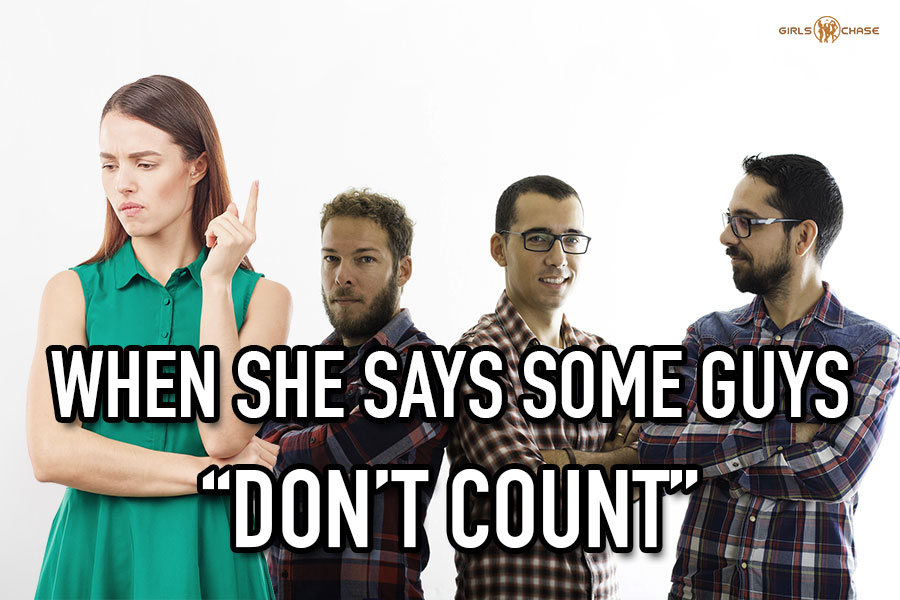 Some guys just don’t ‘count’ for women. They can hook up with them, date them… and yet, the guys still don’t count. Why do women do this, and how can you be a ‘doesn’t count’ guy yourself?

There was a thing I set out to do early on in my journey into seduction. I couldn’t then have put it into words. But I knew what it looked like. I wished:

1. Why Some Men Get Erased

There are different ways to name this. One might be to say I wanted all the power in the male-female courtship dynamic. The power to choose, seduce, and decide. And sure, you could say that was true. But that’s true of most people. Most people – men and women alike – look for ways to increase their power in the courtship dance. They want to be more liked, more loved, more adored; to better be able to pick and choose the mates they want, and captures those mates’ hearts and minds.

Another way to name what I wanted, though, was to be a guy who ‘didn’t count’.

The phrase ‘doesn’t count’ can apply to lots of things. However, the way women usually use it when talking about men they’ve had romantic involvements with is to describe men they want to erase from their histories: “He didn’t count.” “That guy didn’t count.” “Oh, Jim? He doesn’t count.”

That was the guy I wanted to be.

The one who ‘didn’t count’.