Tactics Tuesdays: How to Make a Zinger of a Comeback | Girls Chase
Skip to main content

Tactics Tuesdays: How to Make a Zinger of a Comeback 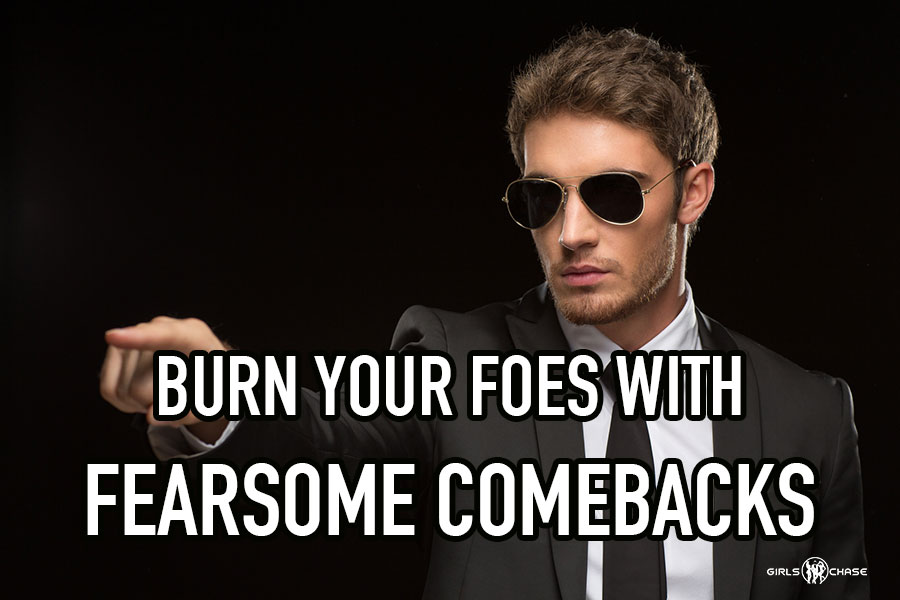 A good comeback can turn enemies into friends – or at least get them off your case. ‘Agree, then mock’ and ‘mock thanks/curiosity’ are two ways to do this.

In a comment on my article about dismantling condescension, Lawliet asked about ball busting, comebacks, and zingers. I’ll save ball busting for its own, separate article (it’s related but different). In this article, I’d like to give you a pair of formulas you can use to build your own comebacks.

2. Mock Dismissal, Curiosity, or Thanks

3. When to Use a Comeback

When I was in middle school, I was my school’s Comeback King – not because I came back from any down-and-out situation, but because I had a rare talent for lacing together comebacks that stung like an eyeful of salt. I tried to use my powers only for good – purely for defensive purposes – but I always went out of my way to make sure everyone knew any attempt to put Chase down socially was going to lead to a complete, effortless, socially savvy shredding.

There are two primary ways I build comebacks. Most good comebacks the world over follow the same principles, and if you get these principles down, you’ll be able to build your own great comebacks with relative ease.

Comebacks aren’t only to defeat your social foes, either. You will find, quite often, that after you slap someone down with a salty comeback, that person’s respect for you and attraction to you (whether romantic or platonic) goes up. I have comebacked my way into bed with ball-buster girls and had men start who started off busting my balls end up as friends after I laid down a razor-tipped comeback.

There’s only one catch, and it’s the same catch as with all Girls Chase material: you’re going to have to practice this a while before you get very good.

But the good news is, you can start on that practice right away. Because the principles themselves are simple.

Let’s begin with Formula #1 of our two comeback formulas.