Tactics Tuesdays: Dealing with Core Tests on Dates and in Pickups 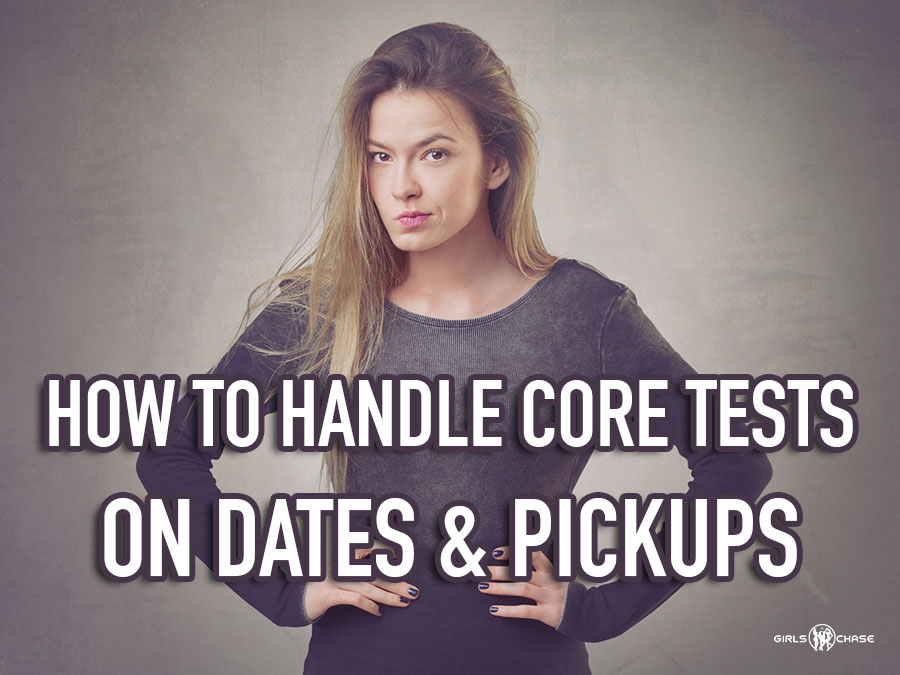 Not all tests are subtle. Sometimes women break out the big guns. But what do you do when she hits you with a test aimed right at your core?

In today’s Tactics Tuesdays post, we talk about a very specific kind of test. These are what I call ‘core tests’; they test a man at his core, aimed at what a woman dubs likely to be a core issue to a man’s strength or identity. A core test revolves around money, leadership, sexual prowess, and other areas most men pride themselves on strength in.

This is Part I of a 2-parter on core tests. Part I deals with core tests in pickups and on dates.

Women will use core tests on you at any stage of interaction with them. They will use them with you during the courtship. They’ll use them on dates. They’ll core test you in the bedroom as you escalate to sex. They’ll core test you early on into a sexual relationship, half a year into your relationship, or ten years into marriage. Core tests are the most dangerous tests women will use on you – yet they also present the greatest opportunity to set massively powerful frames.

We’ll talk about how to spot a core test, why core tests carry so much force to shake most men so easily, and how to shrug core tests off in a way that will not only make women’s respect for you shoot through the ceiling, but will help you yourself cement your own identity as an unshakeable man.

Core tests serve as a reliable way to show women around you a kind of dynamic confidence most men don’t know how to summon up. And in this way, they can be quite useful to encounter.