The Low Testosterone, No Girls Funk 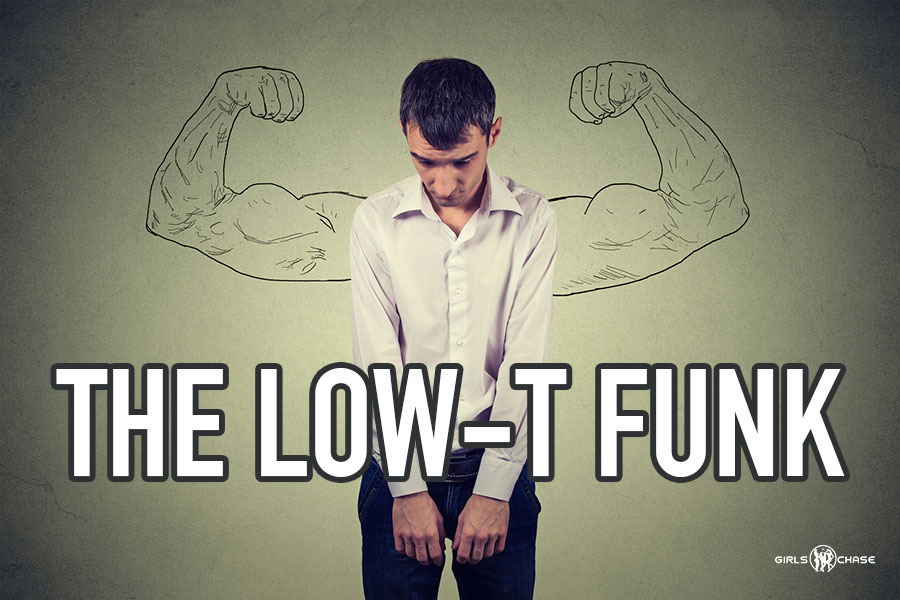 Ever find yourself in a funk, where nothing you did with girls worked out? Sometimes it’s random. But sometimes it’s testosterone.

One of our more senior forum members, named Lao Che, has run into problems getting girls. Lao Che’s in his early 40s, travels often, and was until recently a regular hound dog. But then things fell off. He describes it as “I got old really fast.” He had a few relationships end poorly six months ago, and since then women won’t go beyond flirtation with him.

4. How to Bounce Back

5. After Your T’s Rebuilt

For years, Lao Che posted one lay report after another on the GC boards, often picking up girls the same night out of bars or sucking them into his world over a couple of dates and bedding them with ease. What happened?

I don’t know if it’s exactly his scenario (would need a few more details), but I suspect it is: most of the time when I see guys have total results reversals like this – where they go from lots of success with women, to no success with women – it’s a testosterone problem.

Testosterone problem? What’s that? What’s the cause... and why would getting T-levels flowing again after they’ve ebbed way down bring your results back up with women, too?

That’s the topic of today’s article: the low-T funk, what it looks like, how to identify it, and how to get back out of it. Don’t worry. I’m not going to give you any magic T-level rising potions to consume. But we will be talking ‘man stuff. If your T-levels are off, this is the stuff we’re going to get you doing to bring those levels back up.