But the Girls in My Country are Different 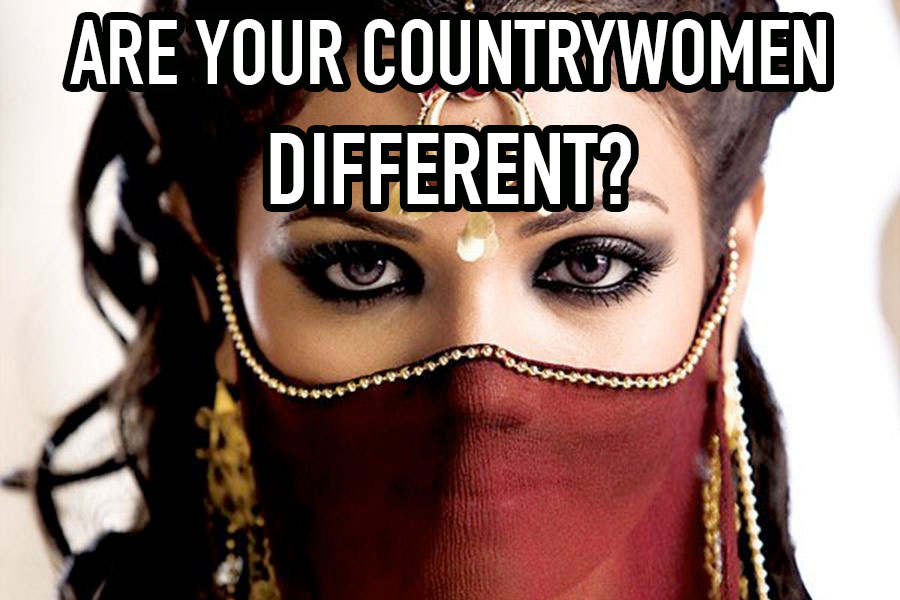 You might think your countrywomen are different. But women are women, whether you meet them in the U.S., Jordan, India, or Saudi Arabia.

Some years ago – never mind how long precisely – a 9th-grade biology book fell into my hands. With my limited reading ability and understanding, combined with my weird curiosity, I skimmed through its pages. I discovered the nervous system, cardiovascular system, lymphatic system... and then the reproductive system.

It was shocking to first learn about the weird things we do in order to produce little people in such detailed, clinical fashion. What is even more shocking was to realize that in my (at the time) few years on this Earth, I had not once stopped to wonder where babies came from. I saw them popping up here and there all the time, seemingly out of nowhere, and that did not bother me at all!

2. To Catch a Ride in Jordan

4. Do Your Countrywomen Differ?

Because I was so unfamiliar with sex, the entire act was a mystery to me. Almost mystical to me. Babies seemed to just spontaneously pop out of nowhere; I could not imagine a man and a woman undressing and doing what men and women do to make babies.

Even after my big realization, the “kids popping out of nowhere” theory still made more sense to me than the reality of two people getting all naked and going at it. My culture was too strict, imposing too many complications, too many taboos to actually allow such a thing to ever happen. The picture of an innocent couple all naked and banging was too farfetched to actualize. Not surprisingly, I adopted the mentality that maybe the girls in my country are just different!

Since coming to this realization many years ago, I have learned the truths about human sexuality. And I have learned that there is so much sex happening everywhere. Yes, EVERYWHERE! In fact, the amount of sex that happens everywhere happens on a much higher frequency than the number of babies popping out. And much of this sex that happens everywhere is instigated by women – everywhere. The things I’ve learned by personal experience have completely changed my paradigm.