Get Over Your Ex: 13 Steps to (Emotional) Freedom | Girls Chase
Skip to main content

Get Over Your Ex: 13 Steps to (Emotional) Freedom 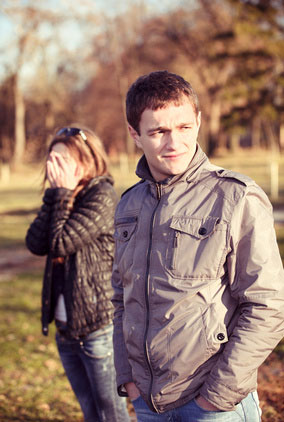 In yesterday’s post on ways you can lose a girlfriend, we went over the 4 things that can and almost universally WILL lead to the demise of your relationship (when you’re guilty of them): being too weak, fighting too much, bad sex, and taking her for granted.

Those things happen. In fact, they happen so much, it’s my (relatively conservative, I think) estimation that they happen 90% of the time… because something close to 90% (or more) of relationships come to an end sometime before death does them part.

Because of that, breakups end up being an inevitable fact of romantic life. Unless you’re one of the vanishingly few people out there who marries his high school sweetheart without ever kissing another girl and the two of you go onto spend the next 60 or 70 years in blissful union (and if you are, hats off to you! But why are you reading this blog?), you’re going to experience a breakup at some point.

And then it’ll be time to move on.

Everybody wants to know how to get their ex back. At least, everybody searching for information on the topic, that is.

Yet I promised a post to the readers yesterday on putting the past behind them and gearing up for the future. So let’s say you’re one of those few individuals who HAS reached that point where he’s said, "You know what? It IS time to move on."

Once you’ve decided it’s what you want to do… how do you get over your ex?