The Feminine Conundrum: Why Do Women Contradict Themselves So Much? | Girls Chase
Skip to main content

The Feminine Conundrum: Why Do Women Contradict Themselves So Much? 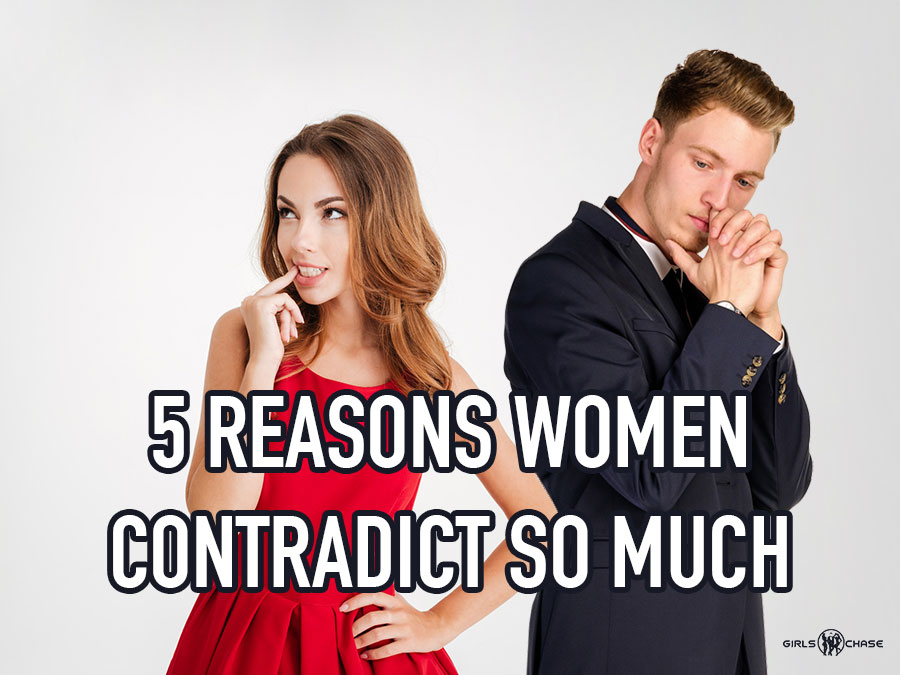 Women contradict themselves a lot. But they don’t always do so for the same reasons... They have 5 different ones, in fact.

She tells you she’s past her hookup phase and doesn’t just hook up with guys anymore. An hour later she’s fumbling with your belt buckle to pull down your pants and give you a blow job.

She tells you she’s done dating bad boys. But after your best bad boy performance, she’s already texting you a few days later to see when you want to do it again.

1. Say One Thing, Say Another

3. What to Do When She Contradicts

She tells you at the ordering window she doesn’t want anything to drink. Five minutes later she’s gulped down most of your cola and left you with an almost-empty cup.

She texts you she doesn’t want to be around a guy with friends like yours. Then she shows up at your door that night anyway, a big grin on her face... even after you told her you’re not dropping your friends for her.

She tells you she doesn’t want anything serious with you. A few months later she picks a big blow-up fight because she feels like it isn’t going anywhere.

She tells you she hates people who contradict themselves all the time. Then she contradicts herself again.

Spend any time around women and you’ve no doubt seen this. Most of these contradictions you get used to once you’ve seen them enough. But even if you’re a grizzled romantic veteran, women will still pull out contradictions that make your mental gears grind to a halt. And the only thing you can do is stare, jaw agape, and ask yourself, “What on Earth...? How can both of these sentiments come from the same person?”