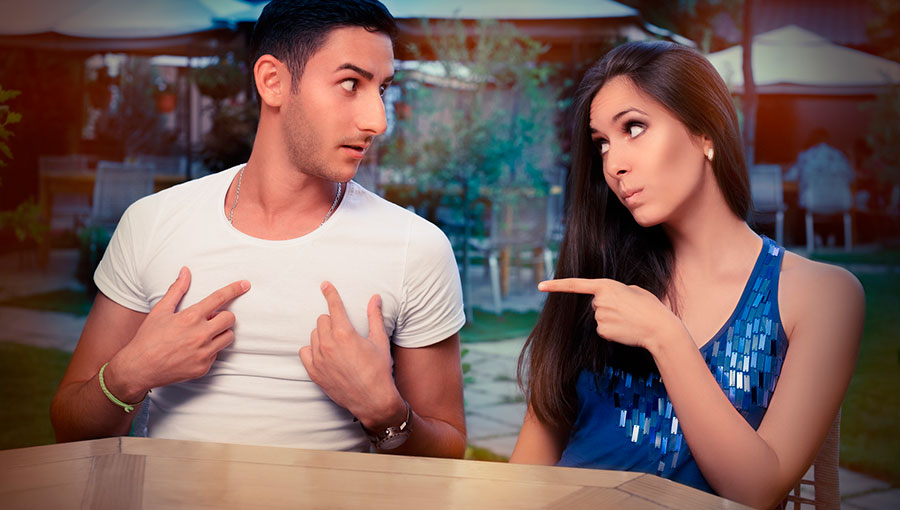 Sometimes a girl might stun you by taking a moral high ground stance opposite you. To address this, you must be prepared to seize it back – with prejudice.

As Thanksgiving (if you’re American) winds down, I’m reminded of one of the cultural phenomenon we’ve seen over the past few years, with various people attacking the holiday and shaming those who celebrate it. “The settlers took this country from the Native Americans,” they say. It’s hardly a day for celebration, they tell you.

2. But What If You Actually Agree?

This movement to make others feel guilt over their heritage is part of a greater guilt/shame movement in Western society. The latest American presidential election, to a great extent, was a repudiation of this guilt/shame movement; it was to large extent a population saying, “We will not be scolded and chastised by those who think us their betters any longer.”

The competition for the moral high ground between different groups in societies never ends. However, it isn’t just groups that compete for the high ground; it’s individuals, too.

What holding the moral high ground is really about is frame control; it’s ultimate frame control. Because if the moral high ground is yours, facts don’t matter. Opinions don’t matter. Nothing else matters except that you are morally correct... And the other side, by opposing you, is the morally questionable. Which means the other side must yield authority to you.