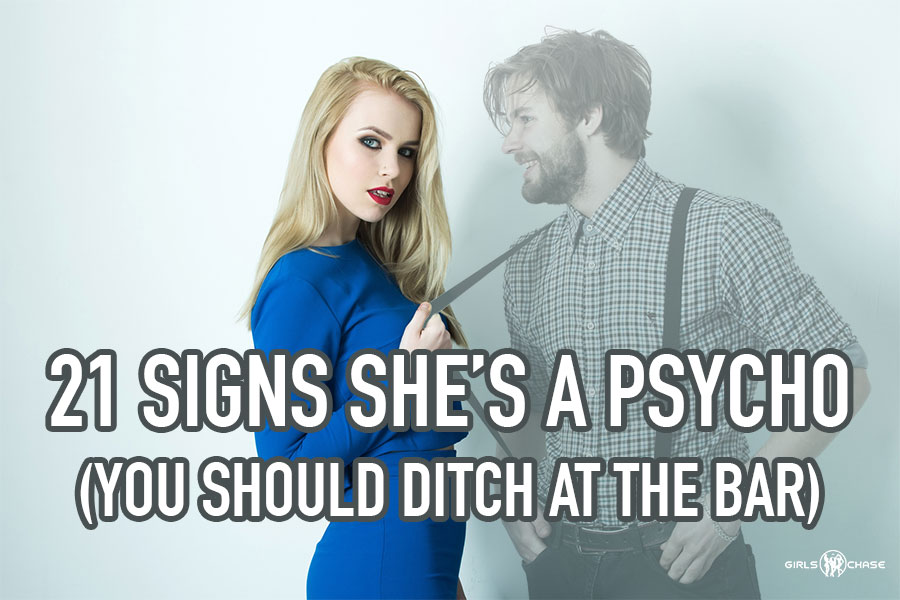 How do you know a girl is crazy, and best avoided when you meet her at the bar? Look for these 21 signs... and keep your distance!

Talking about my article “8 Red Flags She’s a Crazy Girl You Should Stay Away From”, reader SZ comments:

“I read the how to tell if a chicks crazy article, but it looks like if you kind of know her already, so if it’s a same night lay or a fast lay, no way to tell.

How can you tell a chick will be a problem from the first interaction, so you know she’s crazy right off the bat? How do you tell upfront ?”

Good question. How do you know right away... when you meet her on the street, in a party, or at a bar? How do you know if she’s a potential danger to you? How can you identify the psychos – so you can weed them out?

Caveat for the people who take things completely literally at all times: I’m using the term ‘psycho’ here in the colloquial sense of the word. I’m not focused on the clinical definition of psychosis. Though you’ll encounter some of that among women who exhibit these signs too. Instead, we are talking about crazy, nutty, outré behavior from broken people.

There is no reason to tolerate psychotic behavior from a woman. Unless you’re wildly desperate. Then I guess you may not be able to help yourself. But I hope if you’re someone who’s read this site for a little while, you are not wildly desperate.

Otherwise, there are so many normal women out there, who are just as hot (usually hotter) than the psycho chicks, and will not ruin or seriously monkey up your life. You want to find these girls (the normal ones), and screen out the crazies.

To help you do so, I’ve prepared a list of 21 signs to keep your eyes peeled for when you hit the bar, the lounge, the nightclub, the party, or the street at night, to make sure you don’t end up with a girl who’ll sour you on dating.