Is a Woman Ever Really "Done with Hookups"? | Girls Chase
Skip to main content

Is a Woman Ever Really "Done with Hookups"? 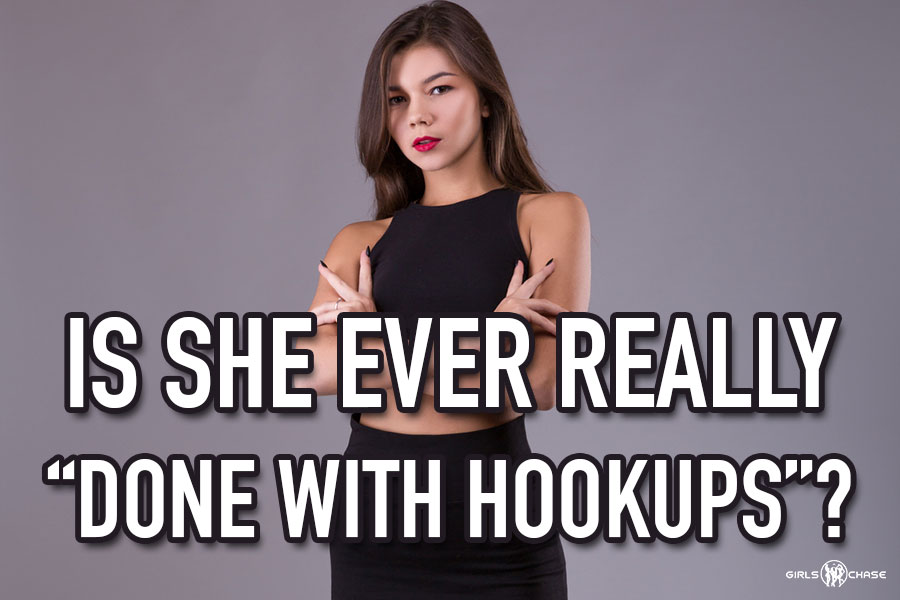 Women tell you they’re “done with hookups” all the time. But when they say it, do they really mean it?

A few years back, I rode down the elevator from a business conference around 8 o’clock at night. There was a woman in the elevator car with me as I rode down, and I struck up a conversation with her. She was 39; six years my senior at the time. She was married with children, but thin and shapely, and looked good for her age.

In the lobby, she revealed she was leaving the conference. I was on my way out too, and I noticed her linger a bit after she told me. She seemed like she was waiting to see what I’d say. So I told her “Me too. I’ll walk with you,” and we left together.

2. Block Off the Wrong Path

She was hungry; she hadn’t eaten dinner. We headed to a diner nearby. There, she ordered food and a drink. I didn’t want to eat and only ordered a drink. And she told me about her life. The vibe grew ever more intimate, and ever more charged. We got the bill; she paid for everything. Then, as we got up to leave, she said she thought she would just head back to her nearby hotel and rest. She gestured in the direction of her hotel and told me it was this way.

So, I called it off. I bid her goodnight, and walked a different way. I’d gone along with her because I don’t spend time with women in their late 30s, or women who are married with children, and I was curious how far things would progress. I never had any intention to sleep with her though. Just to have a nice conversation.

As things progressed, and the vibe got sexier, I did get a bit tempted... everything just flowed so well. I try not to break my “no girls over 30” rule, though I thought about it here since the girl looked fine and everything flowed so smooth (I’ll set the rule aside for genuinely beautiful post-30s women who don’t look like they’re post-30s... or for attractive-enough women in their 30s who make it sufficiently easy and enticing). However, I also have a rule about not hooking up with married women I know are married, especially if I know they have children, and that is one I don’t break. So I let her go... yet it stood out to me, for one reason:

I thought women her age were supposed to be ‘done with hooking up’ and too mature for all this hookup stuff, I thought.