Who Has It Harder in 21st Century Romance: Men or Women? | Girls Chase
Skip to main content

Who Has It Harder in 21st Century Romance: Men or Women? 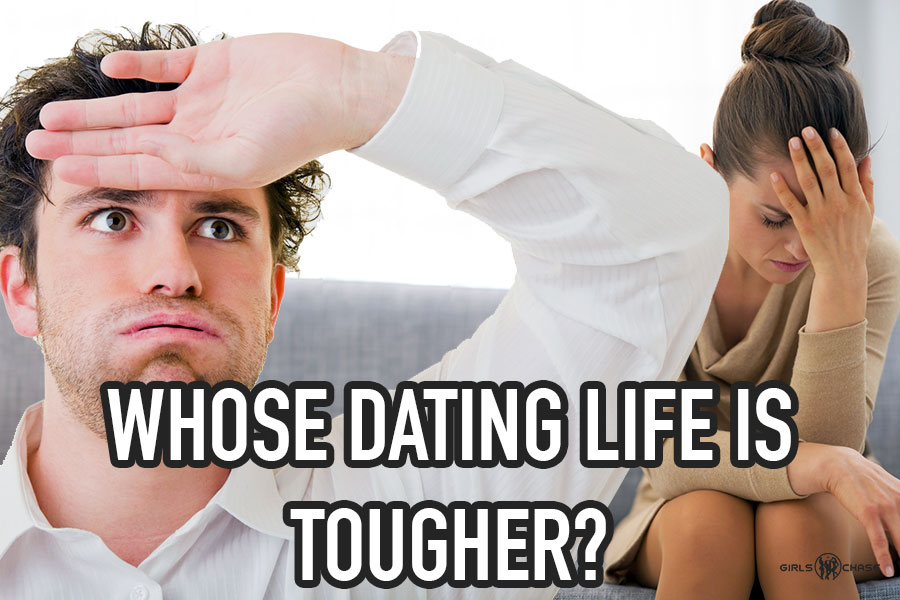 Whose dating life is harder, men’s or women’s? The answer is nuanced… because there are different groups within both sexes.

2. Do Men Have It Harder Than Women?

3. Men are the Best and the Worst

4. What You Go for in Cities Differs

Several weeks back, I wrote “Urbanization, Romantic Anonymity, and the Birth of Game.” This piece of writing was about how ‘game’ (conversational and logistical aptitude aimed at meeting, bedding, and dating women) is an organic outgrowth of complex, fast-paced urban societies.

The reason we fingered for the emergence of game was that urban societies present new opportunities for men (i.e., the ability to have sexual intercourse with lots of women), yet also new challenges (i.e., women are much more experienced with men, have many more options, and cut a lot less slack).

Well, do men have it harder?

The answer is yes. And no.

I’m going to both agree and disagree with this “men have it harder” sentiment today. Don’t worry, if you’re currently feeling like it is far harder for you than it is for many women, I won’t be telling you you’re wrong. But I am going to show you why it is this way for you... but not for every guy in the city. Some guys have it the opposite way (i.e., it’s easier for them than it is for women).

We’re going to focus on three (3) elements of urban dating that make things harder or easier for various groups of men, as these men’s dating success compares with women’s. Those three elements are: