Lovers vs. Fighters: Who's Your Target Audience, Women or Men? | Girls Chase
Skip to main content

Lovers vs. Fighters: Who's Your Target Audience, Women or Men? 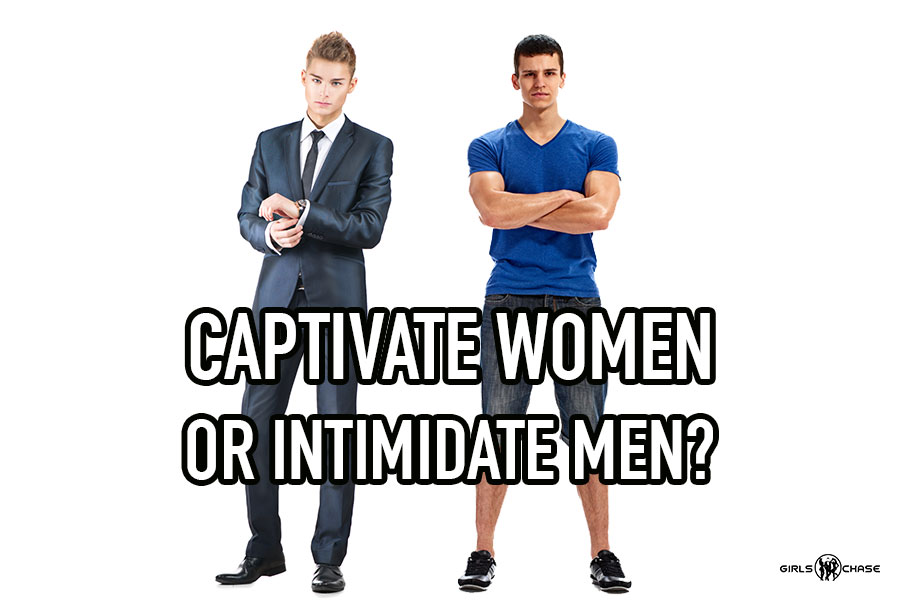 Lovers seduce women; fighters intimidate men. But why do men choose the specializations they do – and which should you choose?

I was probably about 20 years old when I accepted what was to me a weird fact at the time. That fact was that the toughest, manliest, most utterly male, intimidating men usually only dated girls who were just okay. They didn’t get gorgeous girls... not usually. They’d get girls with ordinary faces, ordinary brains, and maybe okay bodies.

2. Why Men Choose the Paths They Do

I’d seen a similar trend in myself. In midway through high school I’d switched images: from nerd chic to the leather jacket bad boy look. And though I was unquestionably cooler and tougher looking, the fevered pursuit I’d had from popular, pretty girls over the previous four years died down. Men, however, respected me more than ever. I’d gained more male respect, but at the cost of female desire.

Fast forward a few years. I’d internalized the lesson that men who acted über manly had focused their efforts on appealing to male measurements of power and dominance... and cost themselves in women. It was a hard decision at the time, but at last I said “I will no longer live my life for other men.” And as I reinvented myself again, this time with an emphasis on what attracted women, I became more attractive to women once more, with some small cost to the respect other men held for me. I stopped being a fighter, and became a lover.

Ultimately, I’d say it was a good move for me, in many ways. Ultra maleness is not so conducive to being a writer or a business owner. Nor is it so good a fit for a man who wants to travel around and network with other people. Taking my foot off the masculinity gas somewhat freed me to not have to be a caveman in everything I did. And of course, the women... they’re much better for the guys who aren’t male caricatures.

Lovers vs. fighters is something Hector delved into with last week’s “A Feminine Man, Done Right, Can be Wildly Sexy to Women.” In that article, he discussed how a certain degree of femininity in men can trump overdone masculinity when it comes to success with girls.

Today, I want to go into the science and the psychology of it: why men choose the paths they do, and which one is actually the more fruitful path to choose.