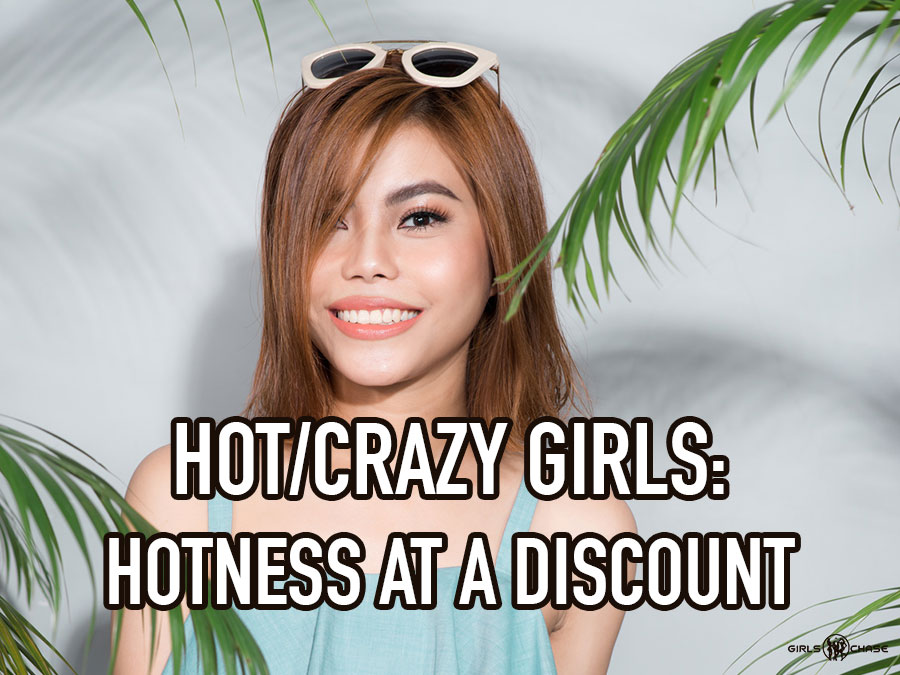 Why do guys so often end up with hot-but-crazy girls as their breakthrough girlfriends? Due to the hot/crazy discount.

Over my years in the dating niche, I’ve become aware of an interesting trend. Inexperienced men, time and again, after slaving away to do better with girls, end up with gorgeous-yet-crazy women. And often get quite attached to them, until they have a dramatic breakup at some point.

2. Good Looks at a Discount

I’ve seen it happen again and again. It happened to me as well. Much of the time, it seems to be unavoidable: the less experienced guy finally ends up with this girl who is just so hot... but also, well, a little nuts.

Sure, there are experienced men who date crazy girls too. Some guys have certain issues that lead them to end up with crazy chicks time and again. Or sometimes you meet a ‘stealth crazy’ who was extra good at hiding the bats in her belfry (though you’ll still catch her fast if you know what to look for). But by and large, the “I’m dating this girl and she is so hot... but she’s also crazy” phenomenon is one you see primarily among a.) less experienced daters, and, to a somewhat lesser extent, b.) intermediate daters.

But here’s the interesting part of the pattern: the hot/crazy girlfriend is often a breakthrough girlfriend for a guy... she’s the first girl in her looks class a guy has managed to bed, let alone get into a relationship. After a guy breaks up with a hot/crazy girlfriend, he’ll typically go on to date similarly attractive women to his ex, except that these next girlfriends are sane (or saner, in any event).

Why should this be so? Why are hot/crazy girls so often the gateway drug to the hot girl castle?

Because hot/crazy girls are easier to have sex with and date than hot/sane girls.