Dating as a Short Guy: What to Know and Do | Girls Chase
Skip to main content

Dating as a Short Guy: What to Know and Do

Note from Chase: this is our second article from Jerome Wu, a friend of mine originally from China, who has been living in the United States (and sleeping with girls off of cold approach in nightclubs, the street, and the beach) for many years now. Three years ago, Jerome talked to us about Asian guys and white girls; today he’s here to talk about another sticking point for many men: being short. Here’s Jerome.

To be tall and handsome, is that really the splitting image of every woman’s true desire? Let’s look at what it’s like to be a short guy in the dating game, and some strategies we can use to alleviate whatever shortcomings might be associated with being a short seducer.

I measured myself the other day, and I found that technically I stand at 5 foot 5 ½ inches. Mr. Chase has mention in some articles on this site that I am near 5’3” to 5’5” – I am hurt, butthurt that is, by the inaccuracy... LOL.

I was supposed to write this article in 2014 – I’m kind of late! I didn’t understand the question Chase presented to me. I just didn’t think my height was an issue until I researched it. I also wrote an article on being Asian. Writing all these articles on being Asian, short, and introverted has made me somewhat insecure. I never realized this was such an issue until now. I guess I’m totally late again, or perhaps I simply forgot about this issue, or maybe I’ve just been too busy living my life... 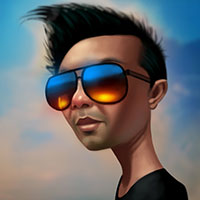 About the Author: Jerome Wu