The Beauty, Greatness, and Goodness of Female Moral Nature 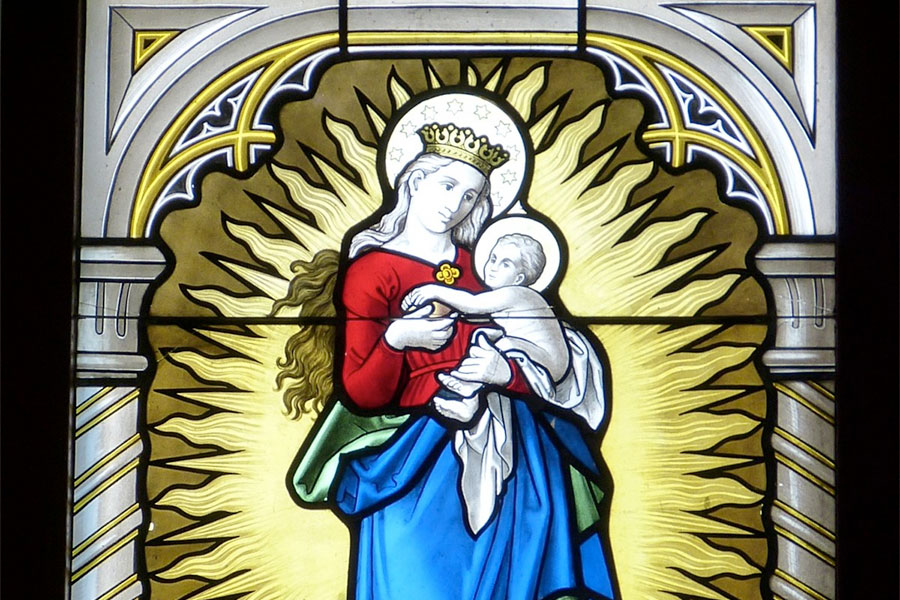 Female morality can seem alien to men – and men fear what they do not understand. Yet the moral woman can be man’s greatest lover and supporter… if he is willing to be a moral man.

Note: this article is part of a discussion on female morality among experts who view the subject through different lenses. In this article, Part 2, Chase Amante discusses the perspective of women as operating under a different, complementary moral system to that of men.

We published an article by Hector this Monday that ruffled a lot of feathers. Its title was Women Do Not Care About Morality. The premise of the article was that women’s morality revolves around what is best for their biological strategy – their morality comes in service of S+R, in other words. Survival and replication. Hector did not intend it as a dark piece, but many readers got that out of it. I wrote this article to cover the same subject – yet in a slightly different light.

Since I started dating, over the past dozen years, I have seen women do crazy things.

1. The Roots of Female Morality

I had sex bareback with a very sexy girl in a white, ornate dress on our first date. She was already a little buzzed when we met up and was carrying a cup filled with wine when we met. The white dress was odd, but nothing unusual about it struck me... until I got a phone call from the husband I didn’t know she had, and discovered her wedding to him had been, well, roughly sometime right around the night I had sex with her. I deduced I had been intimate with her in what I then realized must have been her wedding dress. The husband lived across the country and I guess flew in for the wedding then flew back out that day. Did I hike up the bride’s wedding dress and take her from behind on her wedding night? I didn’t ask the guy for specific dates; he was clearly in a lot of pain (again, I had no idea this girl was married, and it did not register to me she was in a wedding dress – just not something you expect a girl to show up in on a date, so it doesn’t really even process). But it seemed like, yes, that was probably her wedding night.

Later on, I reunited with an ex-girlfriend. She had already begun to date another man while we were split... yet when we reconciled, she neither told me about her new boyfriend, nor broke it off with him. Yet I suspected there was someone else. A few months in, she grew pregnant. I immediately expressed doubt the child was mine; she swore she had been with no one else. “We’ll see what the paternity test says,” I told her. She became deeply stressed, then miscarried; we split back up. I got the full details on her other man – and that she’d slept with both of us on the likely date of conception – when I happened by chance upon her journal months later. Which man fathered the child? I doubt I’ll ever know.

Years after that, another ex-girlfriend of mine befriended a then-current girlfriend I had. On the surface, my former girlfriend masqueraded as a very good, loyal friend to my then-current girlfriend. But she whispered all sorts of things into my girlfriend’s ear: Chase is not handsome. Chase does not have good career prospects. Chase is a selfish lover. Chase this. Chase that. You should break up with Chase. Chase is completely wrong for you. Chase will destroy your life. According to my girlfriend, 90% of what this ex-girlfriend told her about me was bad. It caused drama to spike in the relationship and brought us very close to breaking up. At the same time she whispered terrible nothings into my present girlfriend’s ear, this ex-girlfriend sent me secret messages to meet up, kissed me when I met her, cried over me, and invited me home to her apartment to renew our relationship. It was clear what her game was: get Chase’s current girl to break up with him, and get Chase all to herself. She had always been the sweetest, most warm-hearted girl in the world, and to see her lie and manipulate my girlfriend to separate her from me, so this ex-girlfriend could have me to herself again, surprised even me... and I was quite grizzled in the ways of women at this point.

You may be thinking “Chase must date low class women.” Or perhaps Chase’s women are sluts. Yet, each of these girls had a post-college education. Each had a well-paying professional job. Each of the girlfriends had relatively low sex partner counts when we started dating. These were normal, quality, classy girls (well, the first chick – the bride – she was a little kooky).

To men, this stuff can seem shocking. It may seem like women are rough, depraved... immoral.

Yet there is another side of female morality. A side that is downright pristine.

A side that, once you get past the shocking aspects of women not being Disney princesses, can hearten them to you, with all the warmth, affection, and care a man outside the Matrix can muster.

This side is the true beauty and goodness of the real female moral nature.