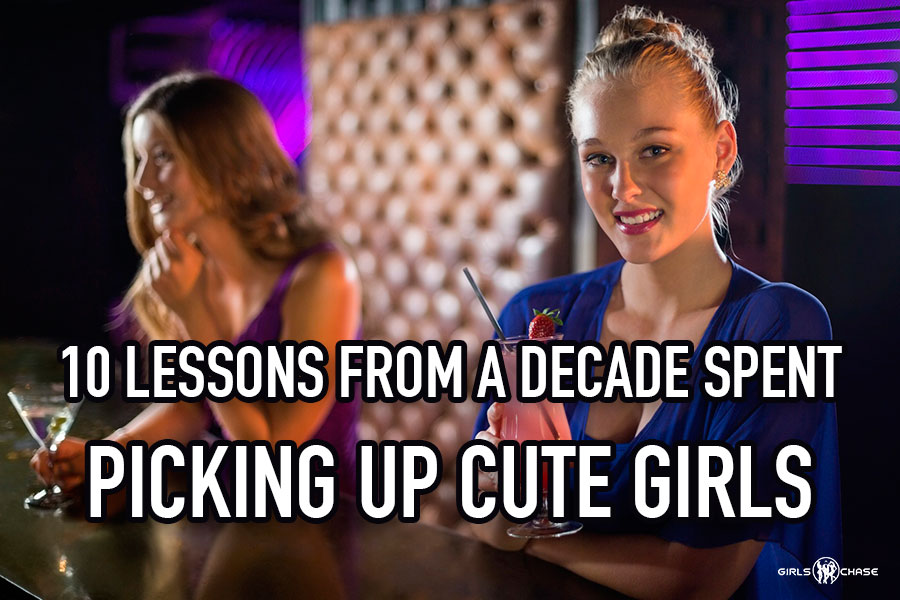 Non-linearity, study vs. practice, ethics, and fun... these are just 4 of 10 transformative lessons from a decade of picking up girls.

This weekend is special to me – very special to me. It was in October 2007 that I, after unfortunately catching a serious kidney infection, had a whole new world open up to me that would change my life forever.

I was 14 back then, a normal teenager who was a nobody in school. Life was not that fun; it was not special. Just an ordinary life for a teenager. There was some trauma when I was being bullied at 13, but that changed after I moved. Nevertheless, up till then, I never felt like the guy I desired to be. I saw all these popular kids having it all easy, whereas I was just a nobody.

It was in that autumn of 2007 when I caught a throat infection that spread to my kidney. I was away from school for a while. I was bored to death, could not really go out, and was even hospitalized. A good friend of mine bought me a book one day, as reading was more or less the only thing I could do at the time – I felt too weak to get up and play computer games. Back then, I considered reading to be something old people did, but this book surely caught my attention.

1. Not a Linear Process

7. When Will It Become Fun

It was the infamous book The Game by Neil Strauss. This was just prior to the pickup artist boom, when pickup and seduction became mainstream and there was still an active ongoing community that was pretty closed off to the public. Many of these places were open to the public, sure – if you happened to discover them – but you had to play by the rules. You had to follow their strict philosophy, and there was no room for keyboard jockeying (writing about stuff you had no experience with) or whining (“I cannot get laid because of X reason”) or supplication toward a particular woman (“There is this special girl I met…”). That last one was called oneitis, to which the prescription was GFTOW, which stood for “Go find ten other women.”

I personally got pretty seduced by all this. My motivation seemed congruent with the overall philosophy of that community – to learn the techniques and master an understanding of social interaction that was almost mathematical. It was all about technicalities, sometimes down to the sickest details. And guess what? I loved it back then, and I love it even more now, because after these 10 years, it has become clear to me that those who are technical about this whole seduction thing BECOME MACHINES, or rather, weapons of mass seduction.