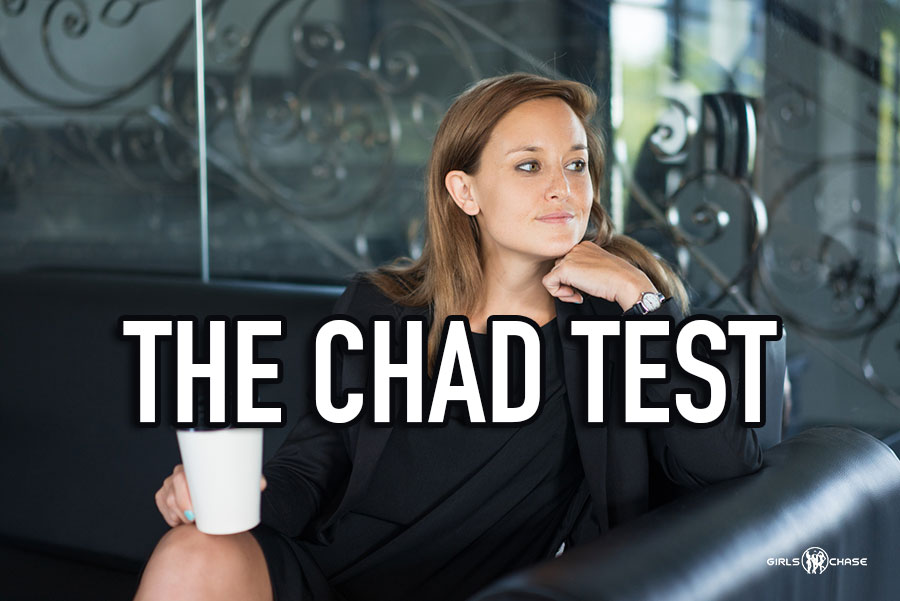 If she likes you, but opts not to hook up with you, what does it mean? Why, it means you’ve failed her Chad test – and now she’ll make you wait.

You’re back alone at your place with a girl. What you know about her: she’s adventurous, independent, and, by all indications, probably has been with her fair share of men. Perhaps she’s shared some of her old war stories with you: guys she’s been with, wild hookups she has had, sordid escapades gone by.

For some reason, it feels slightly off. You feel like she likes you, it’s just... her walls are up.

You decide to go for it anyway. She’s near you on the couch, with her body turned slightly away from yours. Her arms are folded, her expression slightly tensed. “Come here, you’re so far away,” you tell her. She scoots a little closer, but she doesn’t seem excited to do it. You put your hand on her chin to turn her face toward yours. She stops you.

“I don’t feel ready for that yet,” she says. You feel let down. After all that talk about all her crazy past hookups... and now she “isn’t ready?”

“I should probably go,” she tells you. You figure she’s blowing you off. And to be honest, you’re not really feeling it yourself either. Her defensiveness has killed any interest in her you had earlier. You walk her to the door. “I had fun,” she says. “We should hang out again soon.” You grunt a response and let her go.

Two weeks later – you haven’t bothered to message her – she texts you, asking what you’re up to and why she hasn’t heard from you. It seems so weird... this girl resisted intimacy when you brought her back, but she still wants to meet up anyway. Why? For what?

Slowly it starts to dawn on you: she likes you... just not enough to make you one of the men she gives it up too fast.

You have, in other words, failed the Chad test.