Nightlife Shadowing, Pt 1: When to Melt into the Crowd | Girls Chase
Skip to main content

Nightlife Shadowing, Pt 1: When to Melt into the Crowd 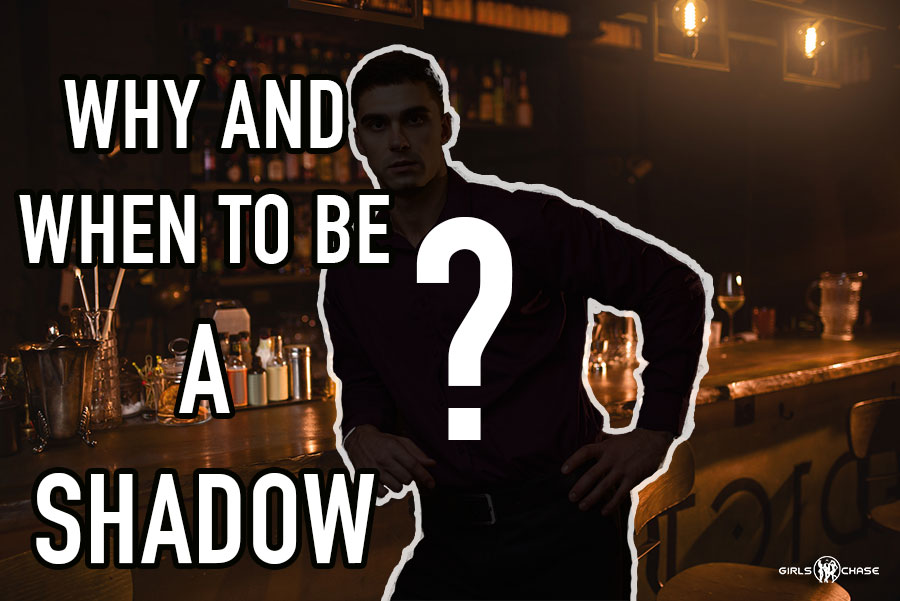 Sometimes in nightlife it’s best if you can “shadow”: just melt into the crowd and disappear. In this article, we talk when and why to do this.

2. How to Not be Seen Being Alone

Today I want to share an old concept of mine that I originally shared back in 2009, I think. I haven’t really revisited the concept since then, but lately I have found situations where the concept has proven to be extremely useful to me, and these situations are not uncommon. Based on this, I thought you all might find the concept of “shadowing” to be very useful. It is easy to understand and not difficult to apply, so this post is for everyone.

In basic terms, it’s the “anti-social proof,” but it’s not something that will ruin your social proof. It just works differently.

I have covered the concept of social proof (and preselection, which is the result of social proof) multiple times. Social proof is the tool that makes women preselect you (i.e., choose you before you even approach). Attraction can be generated as a result of women seeing you with other women.

Check out some of our posts on the subject if you want to learn more about it.

In order to get social proof, the following is required:

Shadowing, on the other hand, is the opposite. In other words, it is a tool to avoid attention; you become a shadow rather than a social butterfly.

I feel some of you may be skeptical already. “Why the hell would you do this?” is probably a question on a lot of your minds. Isn’t getting attention necessary to trigger approach invitations from women? Isn’t it good to be seen with other girls? Yes, those are all really good things – but not always.

I consider it my duty, therefore, to elaborate on why and when this technique can be useful before I get to the “hows” of becoming a shadow. Therefore, the practical part will be covered next week in Part 2.

As for now, let’s cover the theory behind shadowing.