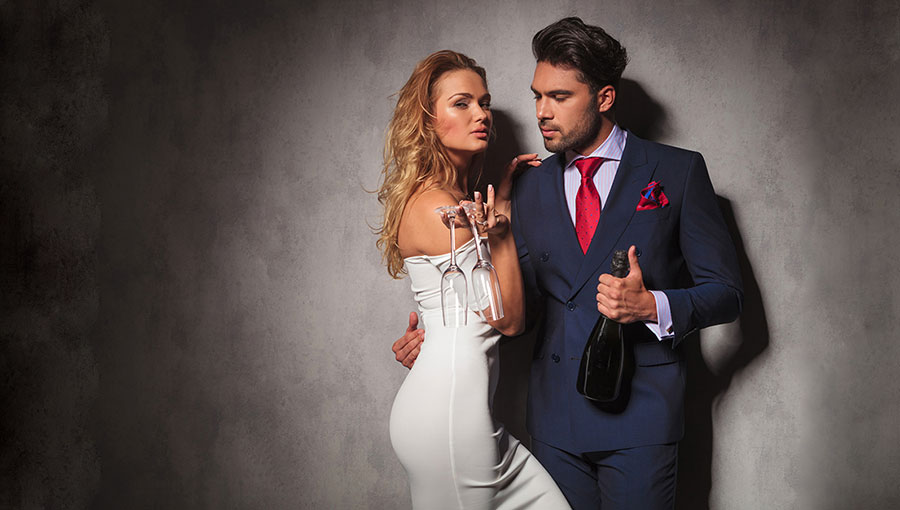 Breaking things up with girls, when do you owe an explanation?

Hey Chase! Great read, got a quick question for you. As I've been working on my game, I've started to become a much more understanding person. That being said, I still don't know how to really break things off with girls in a way that leaves me and her better off.

Case in point, I was dating a girl recently and found she was screwing around with some other guys. I normally would just never reply back to her but this time I was dating her for about a few months. She seemed to take it as we were just dating and not in a relationship per-say, from my understanding. However, I didn't need any STDs or anything so I just never replied. She has been pinging me still, asking things like "Hey are you mad at me?"

She doesn't know that I know she banged some other guys, but what should I do in cases like these? Should I close things up for her and tell her, "I know what you did" or go the gentlemanly route of just breaking it off without any particular reason or just go dark the rest of my life? Thanks Chase!

Do You Owe an Explanation?

I'd just send a quick message along the lines of, "Hey yeah, no worries. I didn't realize you were shagging other dudes and that's not something I'm down with. Anyway, had a great couple of months with you, & all the best!"

She'll then protest / finagle / try to get you back, but at that point you can safely ignore. Generally it's good form to let someone know why you're stepping out if you've been seeing her a while. So you just do it in a way that highlights the reason, then ends it quickly and on an upbeat-yet-final note.

e.g., not ending in a whine, which most people will interpret as an opening to change your mind if they can just reassure you you're important enough to them. Instead you end on "had a great time with you. Good luck with everything!" note so she knows what the deal is.

Lots of amazing stuff in this

Lots of amazing stuff in this article - opening up new horizons!

Drinking at Bars and Clubs

Troy here, it's been a long while I haven't been here. How has life been? I finally got around to buying the Mastery package and it is amazing.

I was wondering however, when it comes to going to bars and clubs I haven't read anything on how to choose drinks.

How many drinks a night, how to instruct the bartender without looking clueless on what I wanna drink, how to order drinks for a date...

I see men who either bring a bottle with them to the club or buy at the counter and they are always so skilled at impressing girls with their choice of drink?

May I ask this trend be written on?
Thanks

Thanks for the business. Happy to hear you're enjoying Mastery!

One of the best ways to learn drinks is to go through a phase where you just order a new drink every time you go out. Grasshopper this night, White Russian the next night, Old Fashioned the night after.

Another great way is to buy a mixology book (or download an app - they have plenty of them for smart phones), buy some ingredients, and try out different mixed drinks when you have girls come over. Can also do a date where you have girls come to your place, you pick out a drink or two to make together, then go out and buy the ingredients. Then come back and mix the drinks.

You can also take a bartending class. Lots of fun, and gives you some good basic technique to work with.

For a few basic/popular drinks, Darius has an article here worth a read:

How to Mix a Drink to Make Her Taste Buds Pop

As for bringing / buying bottles. Bottles are a great way to get easy conversations with girls at nightclubs, but they're often expensive. I wouldn't worry about that unless you have money to throw around on them (or you've found some kind of bar where you can bring your own inexpensive bottle in and not be charged a lot for the privilege). But if you have one, just offering to pour drinks for girls who are passing by can be enough much of the time. Some will take the drink and keep moving, but many/most will stick around a while, and it's usually a pickup goldmine. That said, you will tend to run through cash like nobody's business doing this in most venues.

One final note: I only ever order one drink anymore at this point. Doesn't seem to hurt me any with girls though, probably since the focus is on what we are doing and not what we are drinking ;)

Posted by UrbanGamer on Wednesday, 6 March 2019

Hey Chase, could you do more posts that go into analyses on A2damir's lay reports? The few naturals I've met (6 in total over a ten year period) tend to embody A2's wit based style of game .It usually has just a modicum of deep diving but 90% of it just seems to lean heavily on chit chat and is kinda very hard to replicate. Whenever I encounter guys with this style of game, 10 times out of 10 the girl opts to go with them. More break downs like this of Damir's brilliant lay reports would really be educational.

Name a Woman's Behavior If You Want Her to Change It

Confused About Pickup and Seduction? This Article Will Change That

Things That Consistently Boost Your Odds with Girls: Movement
You have &nbspleft this month.
Already a subscriber?Signin here
Not a subscriber?Get Unlimited Access Today!