Why You Never Hear from “Alpha Providers” in the Manosphere 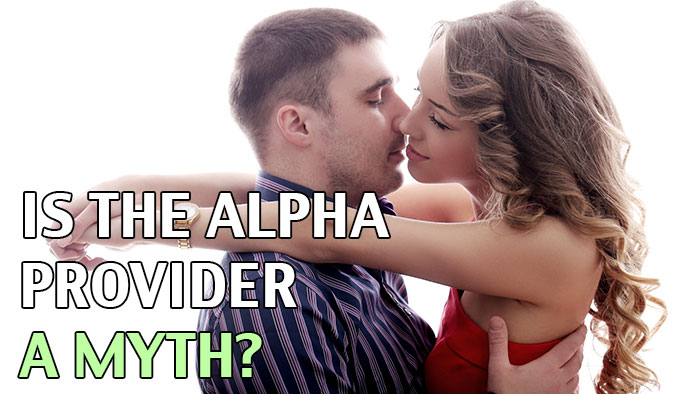 Why do you never hear from what the Internet’s dubbed ‘alpha providers’ – men who keep the pants on in their relationships, even over the long-term?

The morose tales of men who have become ‘beta providers’, who have gone through the ‘betaization process’... men who’ve lost the drive, strength, and ambition of their youths and become punching bags for their women... these men’s tales are all over the Internet.

Yet, you hear nary a peep from their opposites, those men in provider roles who remain the captains of their ships.

Is it because they’re quiet?

Or, because they do not exist?

“This “lover turned provider” idea is the biggest load of blue-pill nonsense ever to hit the internet. Once she “has you”, no matter how alpha you were, you now have provider status. She “conquered” you, and now she will be sexually attracted to OTHER alpha males who she has yet to conquer. Women like conquest just as much as men do. Men get bored after they conquer the trophy wife and cheat on amazing looking women – and most men think “Wow, I’d never do that.” Well, he’ll never get the chance. Conversely, the female will cheat on even a high value male and people will gasp “But he’s such a high value male, why would she cheat on / divorce / ruin a good man?” Same reason. Once a person, man or woman, has a member of the opposite sex in the “co-committed long-tern relationship (tm)” this is a whole new power dynamic. One part of “red pill theory” I think has it wrong is that you can “game your own wife” and alpha-up and keep the other alphas out the door. It’s a great theory, but my theory is once she gets the ring on your finger and you sign up for the house, mortgage, the full meal family deal, you also sign up for divorce, alimony and child support. Guys, let’s be real. Decent, handsome and successful lawyers, doctors and athletes are going through the divorce and family law meat grinder just like regular men are, albeit likely in smaller numbers. The point is the institution of marriage and being a provider is a sour deal for a man of ANY status. He’s got more to lose than gain regardless of his position in the mating arena.

*REAL* Alphas have nothing to DO with ANY of that crap. They bed the top females and move on. They’re not there to pay, they’re there to play.

There is no such thing as an Alpha Provider. He’s the mythical creature all women want, and they know he *does not exist* so they try to convert Mr. Alpha into Mr. Alpha/Beta hybrid and what happens? She will ultimately fail. She will be the subject of many a rom com – the Cinderella trying to turn the successful handsome worry free aloof guy into the exact same man, but also loyal, sweet, caring... think a shirtless Matthew McConaughey... rocking a swaddled infant in the baby room he just painted. This is the fantasy of every woman alive. Alpha looks, money and prowess with the servitude and commitment and *caring* of the beta provider. This is mother nature’s cruel joke on women – letting them think in their hamster-driven minds that such a feat is possible.

Alpha males can become beta providers. Beta providers can stop *CARING* and *PROVIDING* for women/children, get in shape, get fashionable, get a better crib, get some game... but perhaps they are just physiologically wired to provide. Perhaps they will never *naturally* exude the kind of confidence a real natural-born Alpha does.

Interesting and well written article, but I think it’s got some major blue-pill philosophy in there, stuff that’s already been disproved in the field, so to speak.”

Another way of putting what Sid’s weighed in here with is like so:

You only have two (2) options-

Sounds depressing. You’re either trapped perpetually in hedonism, which is fun until it gets stale a decade or so in (usually sooner), or... you’re somebody’s doormat.

Well, spoiler, I’m going to tell you that’s a whole lot of hooey... but so are the mainstream ideology of “the man’s REALLY in charge, even if the woman bosses him around a bit” and the pickup ideology of “you have to game your wife”.

Instead, I’m going to tell you about something else. Namely, being a legitimate alpha provider.