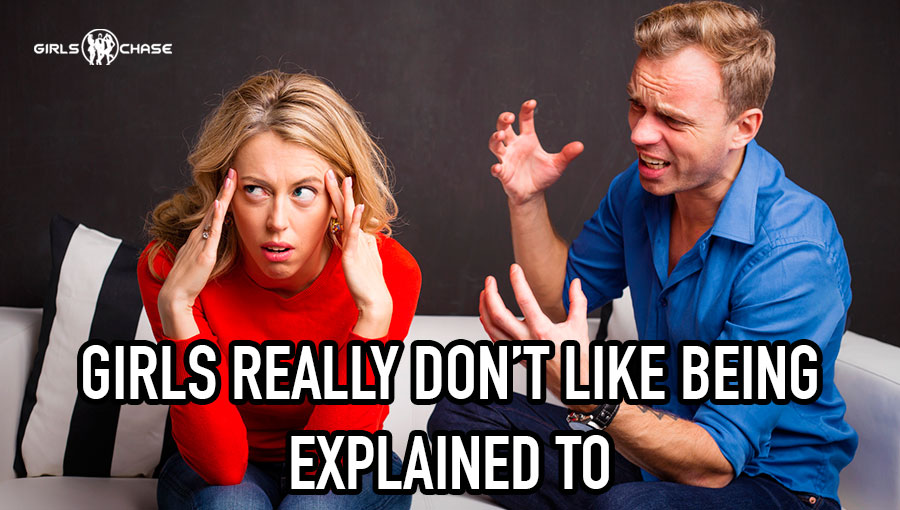 “Well, the reason is because…” Lots of guys explain themselves to women. But should you ever explain yourself to her?

Commenting on my article "She’ll Do What She Has to to Get What She Wants", a reader named Mr. Shark notes (emphasis added):

I noticed that girls start to ignore me when I explain myself. It kinda bothers me because when I screw up, its like... she is a human, why does not she care where I am coming from? I am sure that it can be done from position of strength just as from position of weakness.

I mean stuff like on Tinder, she asks me what am I looking for there. And I usually look at the girl and based on what I look for *with her*, I answer. And it usually goes downhill. So lately, just today actually, I said "well, I am not exactly looking for a scrabble partner, what about you?" and she sent me this 5 row long text with lots of stuff in it.

Or like, I had a girl in a social circle, it was going well with her over text, just had to ask her out but I wanted to see if she is single first because I did not know so we talked about how she only has one good friend and that its almost as hard to find a good, honest female friend as finding a great guy. And I asked what its like when she already has both. And she replied why do I assume she does. And I let it be there for the day, but then in the evening I sent her some bullshit, precise wording would be "Because that is the positive option, not having that would be negative. And you strikes me as a girl who would rather wait for the right guy rather than to be with a wrong one just to be with someone". And then, we met at campus, it was weird, it shifted to a nice conversation about school basically... kill me. This one I understand why it is bad, but sometimes, it just sucks. You misplan something and she seems bothered and you try to explain where you made the error but she does not care. All she cares about was the outcome and that I screwed up. And I guess the only option is to accept women are this way and simply not explain myself to them.

There are a lot of important realizations in this comment from Mr. Shark - I'll list them out:

Thus, the lesson of today's article is this:

Never, ever explain yourself to women.

At least not in a logical, boring, factual (or defensive) way.