In 2001, I set foot inside a nightclub, just off the seashore in Ocean City, Maryland, for the first time in my life. It was senior week, the week after graduation from high school, and I was 18 years old... and my efforts to get my life on track were sputtering out. I'd tried everything else I could think of to learn social skills, to make friends, to get girls; but none of it had worked. I was liked, in my way - most of my classmates thought I was cool, or a curiosity... something of a high school legend. But I had no friends to speak of. I kept everyone at arm's length, fearful of substantial social interaction. I didn't even know how to hold a conversation with people. And unlike almost everyone else in my graduating class, I wasn't going to college come summer's end.

No one understood why one of the best students in school wouldn't go to college, with no job, and no backup plan, but how could they. They had their normal lives. Friends, girlfriends, parties, fun. Walking into a nightclub alone - an environment I'd never been in in my life - and walking out with a girl was my last resort. While the rest of my classmates drank and laughed and talked and partied with their friends and hookups and paramours, I struck out into the night on my own, driven and determined, on one last, hubristic, quixotic quest that was only ever going to end one way.

One of the older pieces of writing of mine still floating around on the Internet is a newsletter I wrote for theApproach back in 2007 called "Becoming a Great Storyteller." Because I already wrote something on it back then, and because much of the emphasis I've placed on Girls Chase is on getting others to tell you their stories more than it is to get you telling yours, I never took the time to get a proper treatment up for how to tell a story. 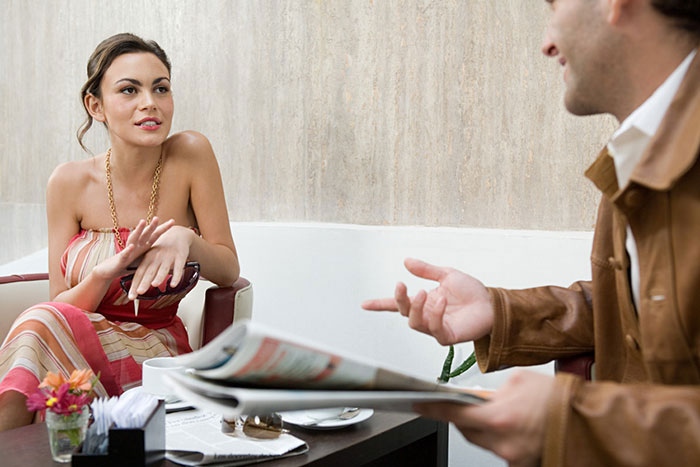 If you've read through the other articles on this site, you've no doubt come across some of the more story-driven pieces here - one of the more classic examples of this being "Can't Stop Thinking About Her?" Storytelling is a key component of most things involving people - whether that's writing, teaching, or speaking; building connections with others, delivering speeches at political rallies, or shouting on high from the pulpit.

The best actors are storytellers.

The best bosses are storytellers.

The best authors are storytellers.

The best seducers are storytellers.

The best salesmen are storytellers.

The most powerful, compelling, magnetizing people from all walks of life are storytellers.

And if you'd like to join their ranks, to hold that candle up that flickers light onto the damp and dusty walls of intrigue and enchantment and fantasy and allure, to attract the minds of those trapped in lives of boredom and normality and sameness and deliver them a wake up call that snaps them at once to attention, then, to do that, you must know how to tell a story.