How to Get Laid: 12 of the Easiest Ways Ever to Hook Up | Girls Chase
Skip to main content

How to Get Laid: 12 of the Easiest Ways Ever to Hook Up Unless you’re an old dusty mummy, you’d probably leap at the chance to get sex more often.

Chances are at some point you’ve asked yourself the age old question: “How do I get laid (more)?”

Well, in fact, there are 12 “shortcuts” you can use to get laid easier than ever... and easier than most of your pals.

Here they are: the 12 easiest ways how to get laid you’ll ever tap into.

Researchers from Brookhaven National Laboratory and Ohio State University discovered in 2011 that women valued self-esteem boosts from compliments more highly than good food, a paycheck, or running into their best friends.

The secret? Compliments must be genuine.

A genuine compliment of an actual characteristic (“You have the most adorable laugh”) trumps generic ones (“You’re pretty”), hands down.

One of the biggest things guys can do more to get laid more? You’ve probably had a girl you thought liked you, but you never asked out.

How much more sex would you be having if you only asked them out?

The big issue for most guys is not getting publicly rejected.

Here’s an easy way to avoid rejection: chat for a minute or two, then tell her this:

If she isn’t into you she’ll decline, but it won’t be an outright “rejection.”

If she is into you, she’ll know what this is, and you’ll get a yes immediately.

What do most guys do on dates?

Sit around and have boring conversations.

What that means is the more excited or stimulated she gets, the more sexually aroused, too.

Some of the easiest ways to use this to turn her on in a hurry: A 2010 study (scientists actually investigate this stuff) found that across 7 experiments, women universally found men in red sexier and more arousing than men in anything else.

The funny thing was, the color red did not make women:

It just made her want to sleep with him.

The effectiveness of the questions blew away anything else researchers asked or said to women for getting women to agree to sex.

Because of the questions’ potency, the research team does ask men using them be responsible.

A video on the use of these questions is available here: 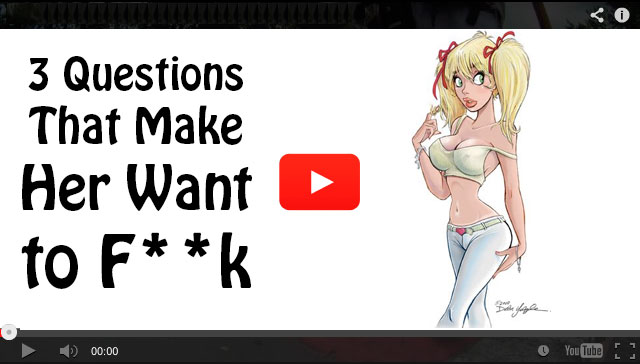 A hormone released inside the female brain called “oxytocin” acts as gatekeeper to sex: when the hormone circulates in a woman’s brain, she gets hornier.

Oxytocin is released the most during female orgasm, which is no help when you’re still trying to figure out how to get laid with her.

However, the second most effective way to release oxytocin in her brain is prolonged body contact with a man.

To get oxytocin flowing, you must be in physical contact with her for more than 20 seconds.

The easiest ways to do this:

Researchers published a study in the Journal of General Psychology that found men who successfully got women to agree to meet them spoke to those women higher and faster at the beginning, then gradually dropped how deep they spoke, and how slowly.

The researchers’ recommendation for men wanting to know how to get laid?

Start out with your voice a little higher and a little faster, and every time you want to take things more sexual, talk slower, and deeper. Touch and orgasm aren’t the only ways to stimulate oxytocin. Staring into her limpid pools works too.

Researchers from Clark University discovered that simply staring into the eyes of an opposite sex stranger for 2 minutes ramped up feelings of passionate love.

Of course, you probably won’t have 2 minutes of uninterrupted stare-time on a date. The way to use this to get laid with women is to take 5-second pauses, smile warmly, and look into her eyes.

Then, continue talking as usual, only now with added romantic attraction.

A study published in Statistics and Society in 2012 found the most persuasive men were “moderately disfluent” – they didn’t sit there like lumps, but neither did they talk non-stop, either.

Instead, persuasive (and attractive) men uses pauses throughout their conversation to increase women’s engagement.

Sometimes, saying nothing really is the best option.

Social dominance is another pivotal element of how to get laid.

Here are some of the big ways to show yours:

One of the biggest problems guys have is they think they’re showing more interest than they are.

To not look “too obvious”, they tone it down – and women don’t even realize they’re interested.

Men often think that a woman should know they’re interested just because they’re talking to her, but this alone isn’t enough.

Instead, to make interest more obvious, do all the things we talked about above... a bit more dramatically than you otherwise might.

Confidence is the #1 trait women say they look for in men, across the board.

But you can’t just turn a knob and say, “Today, I’ll be ‘more confident’.”

Instead, what’s required is an understanding of how the female mind works and why she does what she does, plus exactly which of her buttons to push to hook up and get laid.

For the whole enchilada on how her brain works and why she goes for the men she does, plus how to use this to get laid with any girl you use it on, check out this video: 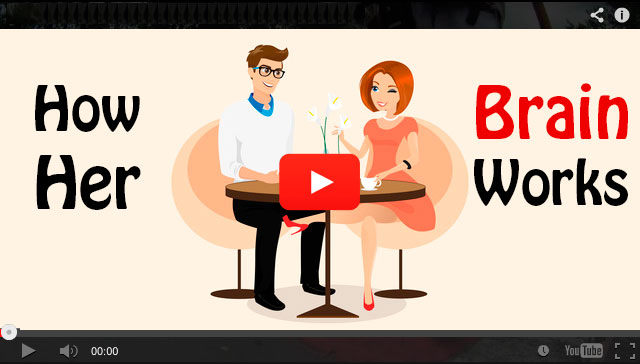