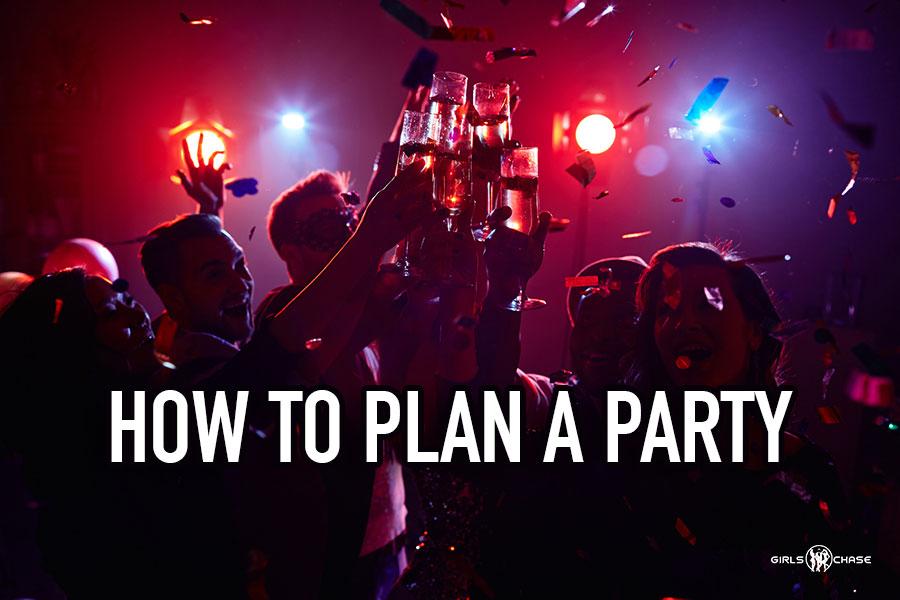 The party lifestyle can pay lots of dividends in friends, fun, and women. To plan a great party requires your focus on 5 key areas: people, angle, and more.

We've had guys on Girls Chase asking me for years for a party planning guide that will help guys make awesome friends and meet beautiful girls. Most of the women I meet I meet via cold approach (i.e., I see a girl I like wherever, so I just go talk to her). And most of my friends I've met either via other friends or from forums (often private forums) I participate on.

However, there was a time I used to throw parties. Great parties, exclusive parties, with high status men and beautiful women.

Sometimes I threw big parties, with hundreds of people in attendance. And more often I threw smaller soirees with 25 to 40 people (which are generally easier to manage and better to connect with people at... and hook up at).

I didn't start off good at party planning. The first party I threw, a Halloween house party a few days before the holiday (back in 2007), saw a total of four people show up: one close friend of mine at the time, who flew down from Chicago for what he thought would be a legendary bash, and three random guys sent there by some girl I'd asked to come (she didn't come, but she sent some dudes I didn't know over. First rule of party planning: random dudes showing up = not ideal). This after I'd spent weeks preparing for the party – my decorations were awesome! – and loads of cash on drinks, candy, and other snacks. My friend, myself, and the three random dudes ended up heading to a bar after about 40 minutes when no one else showed up.

I spent the next 3.5 years going to every party I could and picking the brains of the party planners before I felt confident enough to try another party of my own. And once I did start to throw my own parties, unlike that first attempt these parties were hits.

What I learned along the way, from first flop to final bash, was how to plan a party a lot more people showed up to... for, in general, a lot less work.

This is my guide to that. And while it will be easier than what I did in 2007 for that go-nowhere bash, it'll still be some work – don't think this will be a cake walk.