In both the seduction community and the Manosphere, the term “beta male” is the diametrical opposite of the “alpha male”. He is also a contagious meme in the popular culture, but he is, contrary to the “alpha male”, usually referred to by folk terminology. As discussed in the previous article about “alpha male” and “sigma male” strategies, the term “beta male” is used in an imprecise way in the seduction community and the Manosphere, and I will thus not use it in the rest of this article. However, the almost synonymous concept of a “nice guy” is used in a rather consistent sense in contemporary society and it thus makes sense to discuss what characterizes him.

While there is much advice around on how socially dominant men behave and how to become more socially dominant, there is the problem that the advice usually only attempts to fix superficial behavior patterns of such “nice guys” and does not treat the underlying psychological conditionings that created the “nice guy” in the first place.

This is problematic because it causes incongruence, usually in the form of dominant behavior patterns that are in conflict with the underlying “nice guy” belief system.

There is also an incongruence problem in that a player lifestyle will generate reference experiences that are often deemed as negative in the “nice guy’s” belief system. This article will discuss how the “nice guy” has been conditioned and how the “nice guy” can recondition himself on multiple levels in order to become more socially successful. But first we will discuss why all these “nice guys” are around in the first place. 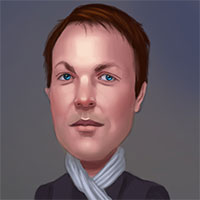 About the Author: Halvor Jannike

Halvor Jannike is a student of behavioral psychology and cognitive reconditioning. He has a penchant for cougars, and is a frequent wingman and travel companion of Girls Chase’s Alek Rolstad. Halvor works as an engineer, and like Alek, hails from Scandinavia.