You meet a cute girl; you hit it off; you grab her number; and she gives you a warm hug or a kiss with those gleaming eyes that say “I can’t wait to see you again.” And then you don’t see her for weeks… or maybe ever again.

When you text her to schedule a date… she says she’s busy. When she agrees to meet up with you… she bails out at the last second and leaves you feeling stupid. If you run into her in person, she greets you like you’re the last man on Earth… and then continues to play games when you try to meet up with her!

Have you ever been in this situation? It’s so frustrating! Why do girls play these games? Why can’t they just meet up with you when they say they will? Why do they take 12 hours to text you back?

Today I’m going to use science to explain why women act the way they do in terms of playing coy and stringing you along.

And more importantly: I’m going to show you what you can do to stop it. Onward.

Being charming is a trait most of us are taught to aspire to from a young age. From fiction novels to Disney movies, the ladies always seem to swoon for that man who can charm his way right into their hearts. 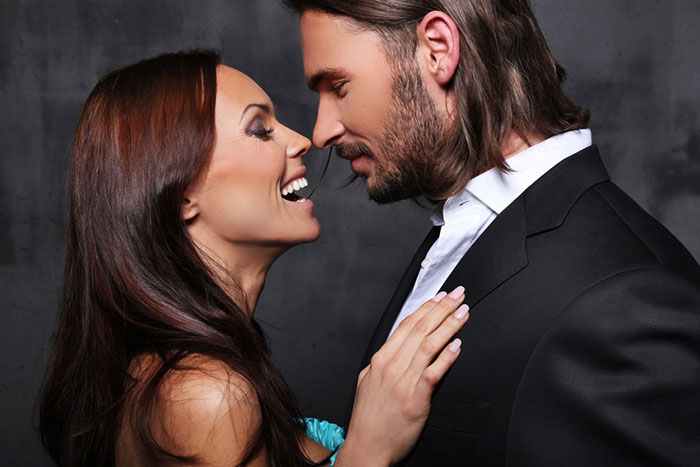 But how do you get to be a charming man? And how important is charm in your process of seduction?

Today I’m going to give you a comprehensive look into charm. And it probably won’t be exactly what you expect. Charm is a double-edged sword that can be a great boon in certain situations, but a harmful bane in others.

I’m going to help you figure out when it’s most useful, and how to effectively wield your charms for seductions and relationships.

Note from Chase: J.J. is one of our more esteemed forum members, pulling off seduction jujitsu with beautiful women and producing a steady stream of increasingly ballsy (and often quite funny) lay reports. He has an intelligent, laid back style, doesn't mind moving quickly with women or getting sexual with them in a hurry, and has a lot of great insights into the female mind that he's been liberal with sharing to forum members running into their own issues. Without any more ado, here's J.J.'s first post here on the article side of Girls Chase.

In today's article, what I'll be talking about are basic ways to get a read on how invested in you women are, and how you can escalate that investment very quickly with simple but very powerful compliance tests.

Using compliance tests has been one of the most helpful things I have learned from hanging out here at Girls Chase. Not only is the compliance test an extremely important and useful social tool, you should go to it early and often. With that in mind, I think a good way to kick this off is by focusing on the simple point that there are basically three ways that people interact and make impressions upon one another within a social setting: 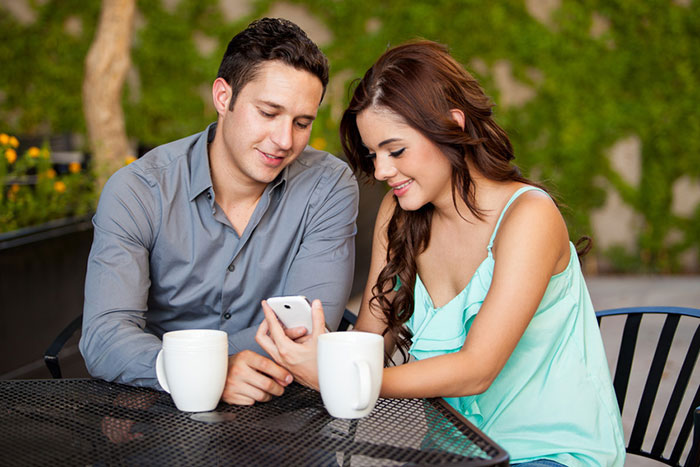 A compliance test is basically asking (or telling) someone to do something for you, and is something that I have noticed has been sorely lacking from a lot of field reports on the boards as of late. I believe there is a reason for that, since testing for compliance is the only action in the list above that really isn't done implicitly or automatically.

Now, just to clarify, so long as you're not running around in autopilot, value and interest displays can definitely be controlled. What I am really getting at here is that you have more control over how you use compliance tests than you do the value or interest levels you display. I think the most important piece of information that you should take away from my brief into here is that testing for compliance actually has pretty profound effects on the value level and the interest level that you display.

The easy part of that formula is that simply by testing for compliance, you show a woman that you are interested in interacting with her. Also, for obvious reasons, getting compliance increases your value from her perspective - you become more attractive. There is also a third (and probably most important) benefit of getting compliance, and that is gaining investment in your interaction from the other person. When people take the time to do things for you - however minute - they're investing their time, thoughts and efforts into the relationship between the two of you. 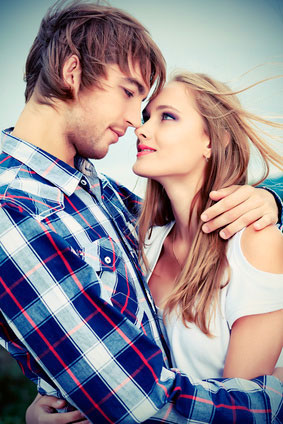 As a follow-up to yesterday's article, "What It's Like with a Girl Who's Really In Love", I've put together today's piece on how to create those in-love feelings with the women in your life, where they come from, and how to sustain them.

We already have a great piece on this subject on this website - Ricardus's "How to Make a Girl Fall in Love with You", which I'd recommend you read first if you haven't already. It provides the perfect foundation for this article.

That in mind, I want to expand on the topic of making girls fall in love here, and talk about the two different kinds of love: what I call passionate love, and what I call old love.

The two are very different, and each are used for different things. We get comments and questions on here every so often where I see guys saying they think girls are still in love with them, then detailing behavior that makes it clear the girl is most assuredly not anywhere near being in love with them.

I see men chasing desperately after girls who want nothing to do with them, or have decided they're finished with them.

Men who want to know if girls still like them when those girls are busily dating other people and don't have the time of day for them.

So, today's article is not a "how to", nor is it even a "why it happens this way" (that much); rather, today's article is simply a what it looks like when you have a girl who's crazy about you... so that you can more properly judge where you stand, and how much work you've still got cut out for yourself in becoming the kind of man women go ape over.

If your girlfriends aren't treating you this way... either your relationship skills still need some work (there are plenty of ways to build your relationships this way - see "How to Make a Girl Fall in Love with You" and "Operant Conditioning in Your Romantic Relationships"), or you're not dating the right women for you. When you enter a club or a mall or a party and you see strangers that you don’t know, dressed well and talking to people, it is easy to assume that they know something or have something you do not. These people operating on that “high profile” aren’t very likely to come up and talk to you, so it can be a huge shock if and when they do.

Their arms may slung around you and you stutter in shock, wondering exactly what to do; you are tongue tied; you can’t even think about anything other than wearing a smile and quickly getting out of there. Once you do escape they are left wondering where you went, but then quickly forget about it and move on.

Think about women for a second in this exact same situation: does a woman really want to be a part of that all the time - do you? Or does she want her sex life to be under the radar and personally suited to her? A frequently asked question by our readers concerns resistance. In the comment sections of my articles, many readers have pointed out that when they make a sexual move (in the form of talking about sex or escalating physically) their women often turn cold or react directly negative to their moves.

This can be classified most of the time as resistance; however, in some cases it can also be a rejection we are talking about. This is what this post will be about:

By the end of this article, it is my intention that you will be much better armed to deal with resistance when you encounter it, overcome it so that you and your women can continue to enjoy great times together, and even reverse rejections in some cases to continue to build your interactions with women.

On this website, my usual advice is that men do everything in their power to not paint themselves as overly wealthy, in order to avoid coming across as a boyfriend candidate. Certainly, dress well; but don't let on too obviously that you have wealth, a prestigious job, etc., if you do. In fact, if you're unemployed or not regularly employed (e.g., a business owner, an artist, etc.), talk about not having a job.

(this is a little different for men in the 40+ demographic, where you can be written off without some measure of accomplishment; for more on walking that fine line, see "Attracting and Dating Younger Women")

The objective is to prevent her from wanting you as a boyfriend in any way... so that you can focus on ramping up sexual tension and seize the role of the lover instead. Conspicuous consumption is every bit the attraction trigger in women that things like:

And it doesn't violate the rule of "don't be stable", either, because men who consume conspicuously very often are not the picture of safety and security.

In fact, they tend to live quite wildly, and very often the most conspicuous spenders are the same men likely to bankrupt themselves at some point.

It's one of those triggers that cuts right to the most primal core of a woman's gut; when she sees it, a powerful, visceral, deep-seated attraction sets in that compels her to want a man, both by showing him to be among the cream of the crop mating-wise, and by advertising his total lack of viability as a long-term candidate.

How this works - and how you can use it, if you have even just a little bit of money to throw around (or how you can really blow it up if you have a lot) - is what this article is all about.

One of the finer points of approaching it's easy to get jumbled up on is approaching women who are already seated. 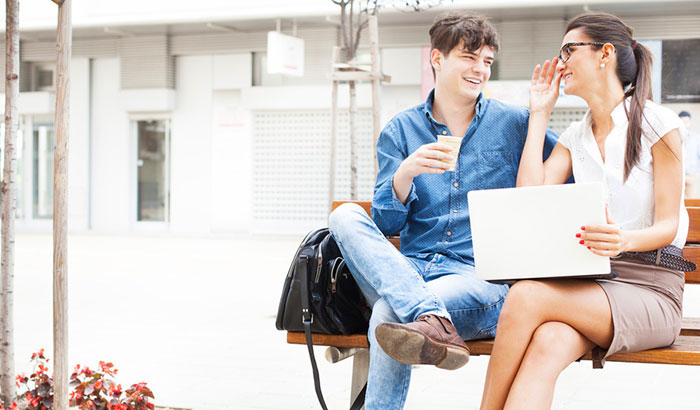 ... and while these two methods can work, they both are flawed: because both make the man appear to be investing a great deal more to meet the girl than the girl is investing to meet him. You'll get a pass for that from the girls who are very interested - but other girls won't be so kind.

There is, however, a better way to do each of these sitting girl approaches (where you open standing, or where you sit next to her first), but these require a bit more of an eye toward effort.

You know those people who can just walk into a room and instantly become best friends with everyone? It seems like they have some secret quality that makes them charming, magnetic, and completely approachable.

Have you ever wanted to be one of those people? Chances are you have. And I bet you still do.

But I’ll let you in on a little secret: it’s much, much easier than it seems to learn how to connect with people – to anyone and nearly everyone – anywhere, anytime, anyplace. Today I’m going to show you a few simple steps to transform the way you interact with others, and master connecting with people.